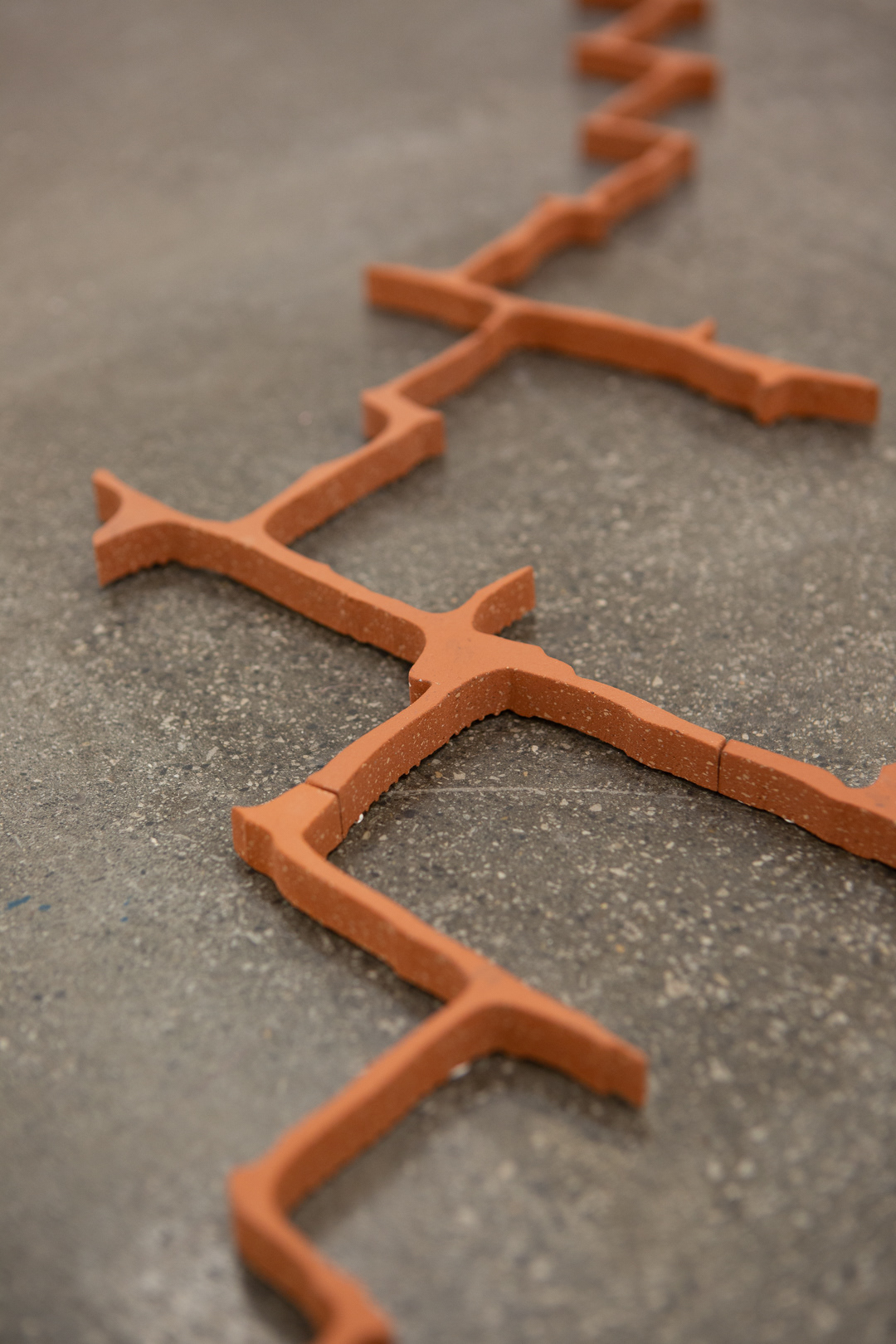 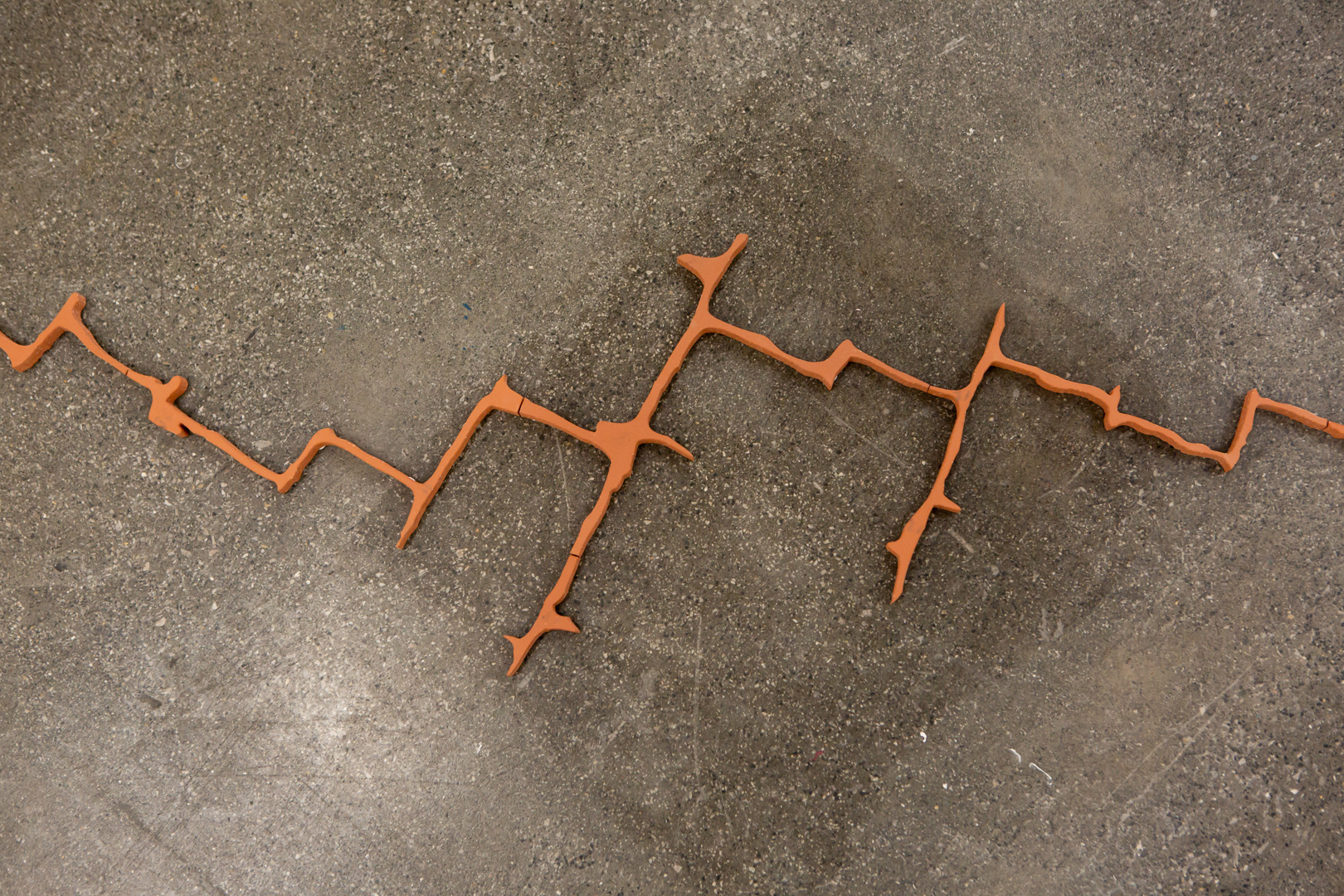 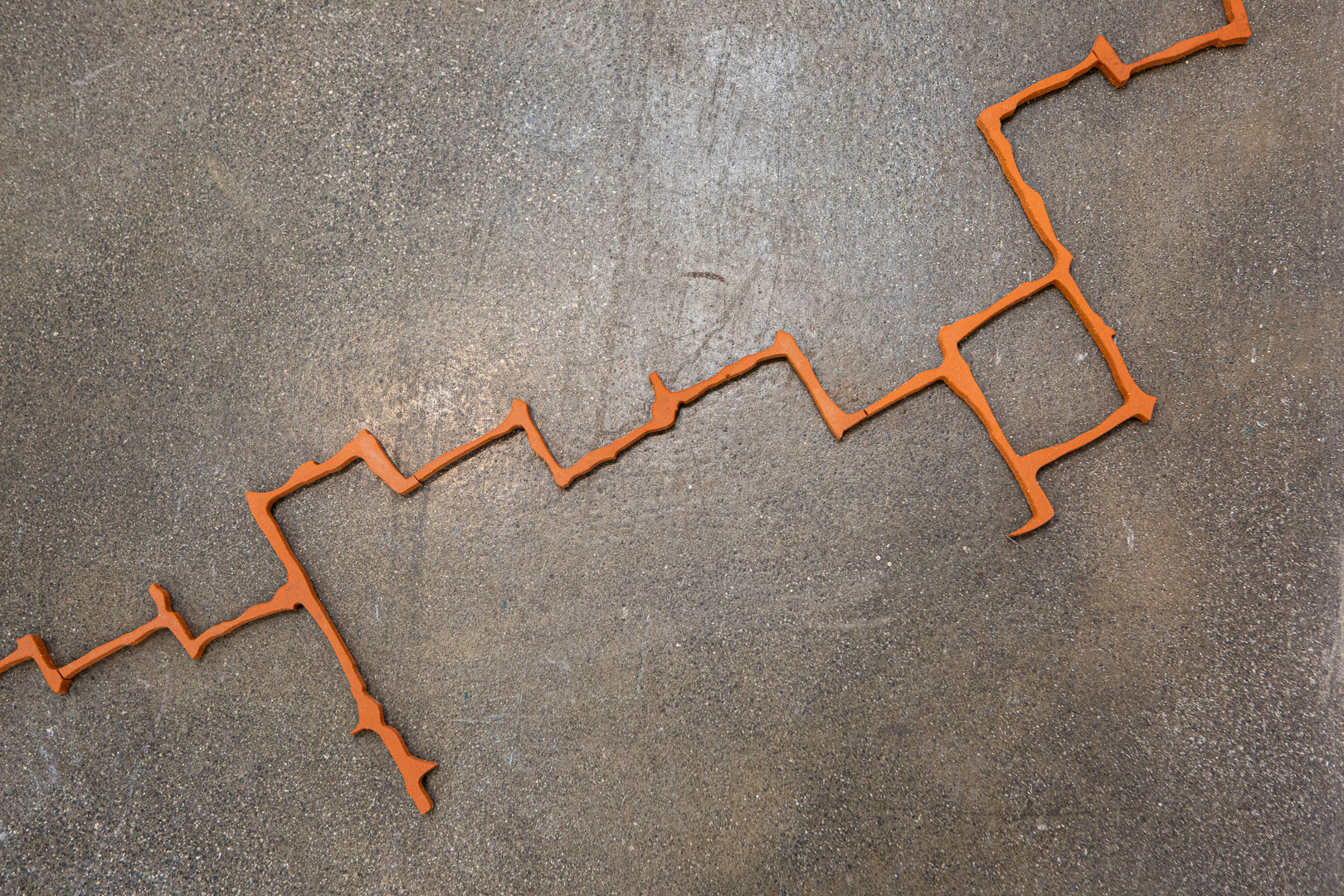 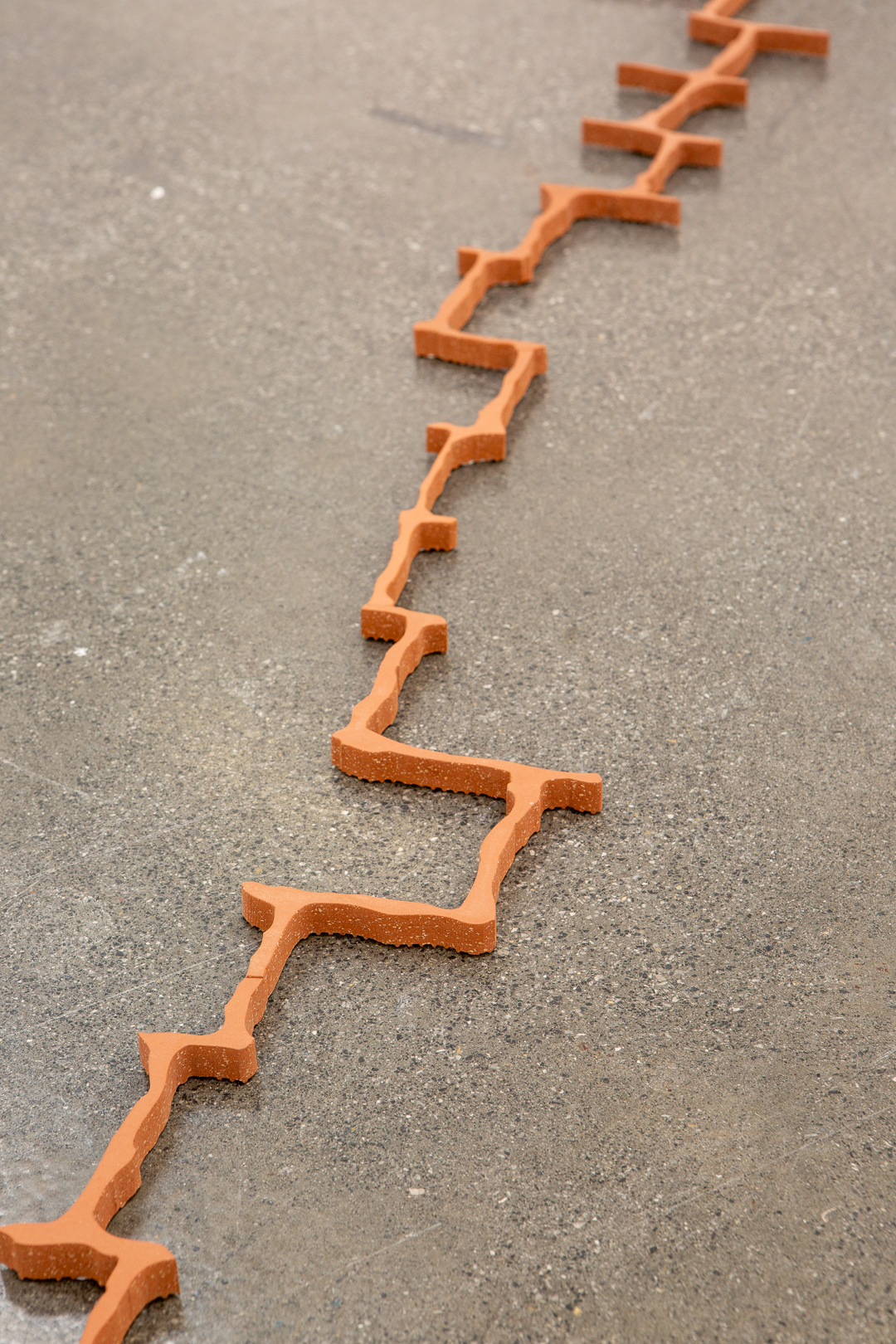 Connecting present day events with the past, “Scorched Earth” is a floor sculpture made of stoneware slabs water cut using a computer-controlled procedure, in which Kaabi-Linke follows the course of the soil and weedfilled cracks between cobblestones on the Neumarkt in Dresden. It is the site where corpses were gathered the day after the firestorms devastated the city in February 1945. Twenty thousand were killed during two nights of raids by British and American bombers, one of the most controversial attacks by Allied forces in World War II. Today far-right groups congregate weekly at this place in what could be seen as a symptom of an unprocessed past that still haunts modern Germany.
— Asma Al Shabibi
↑Back to Top