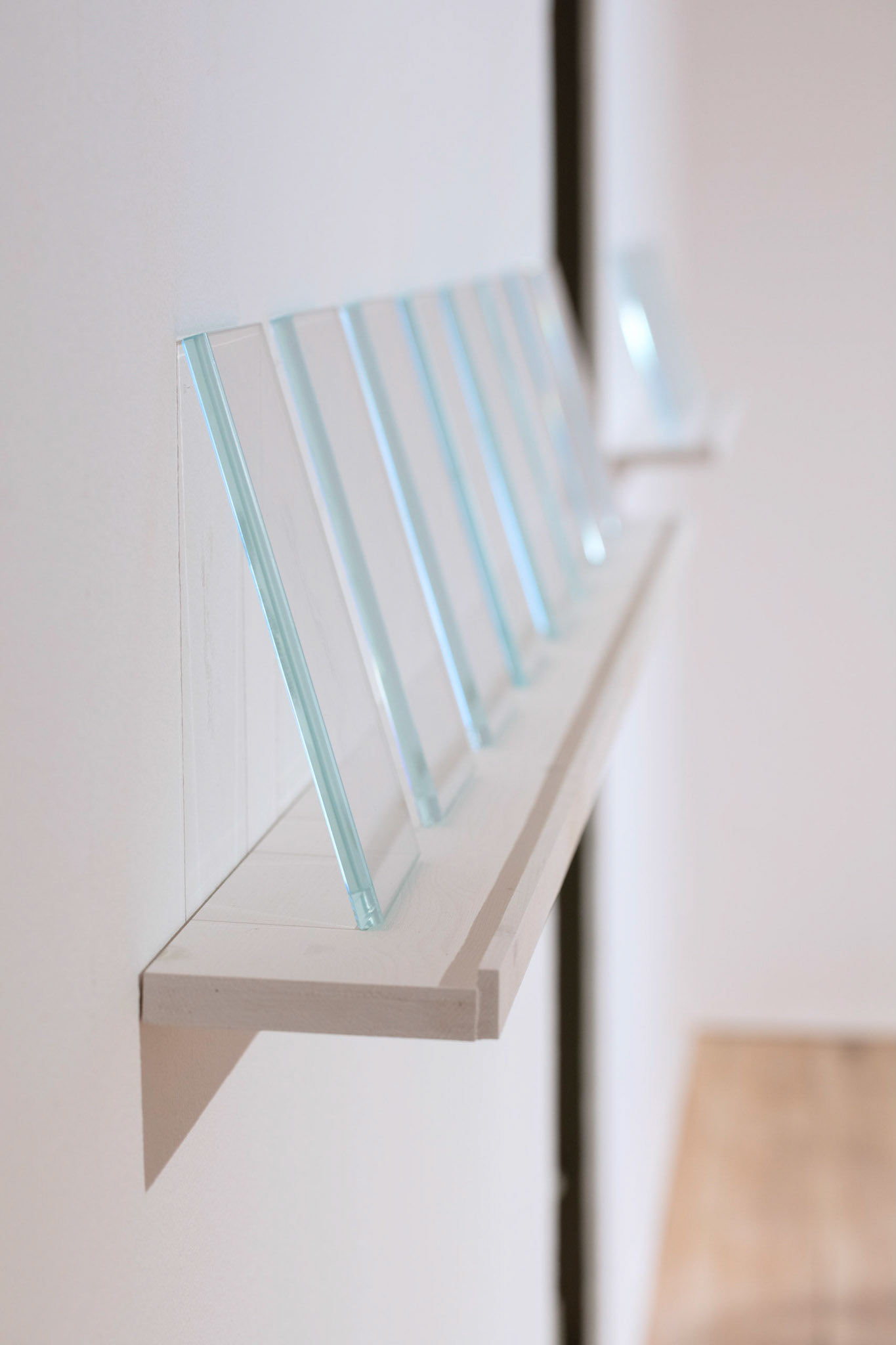 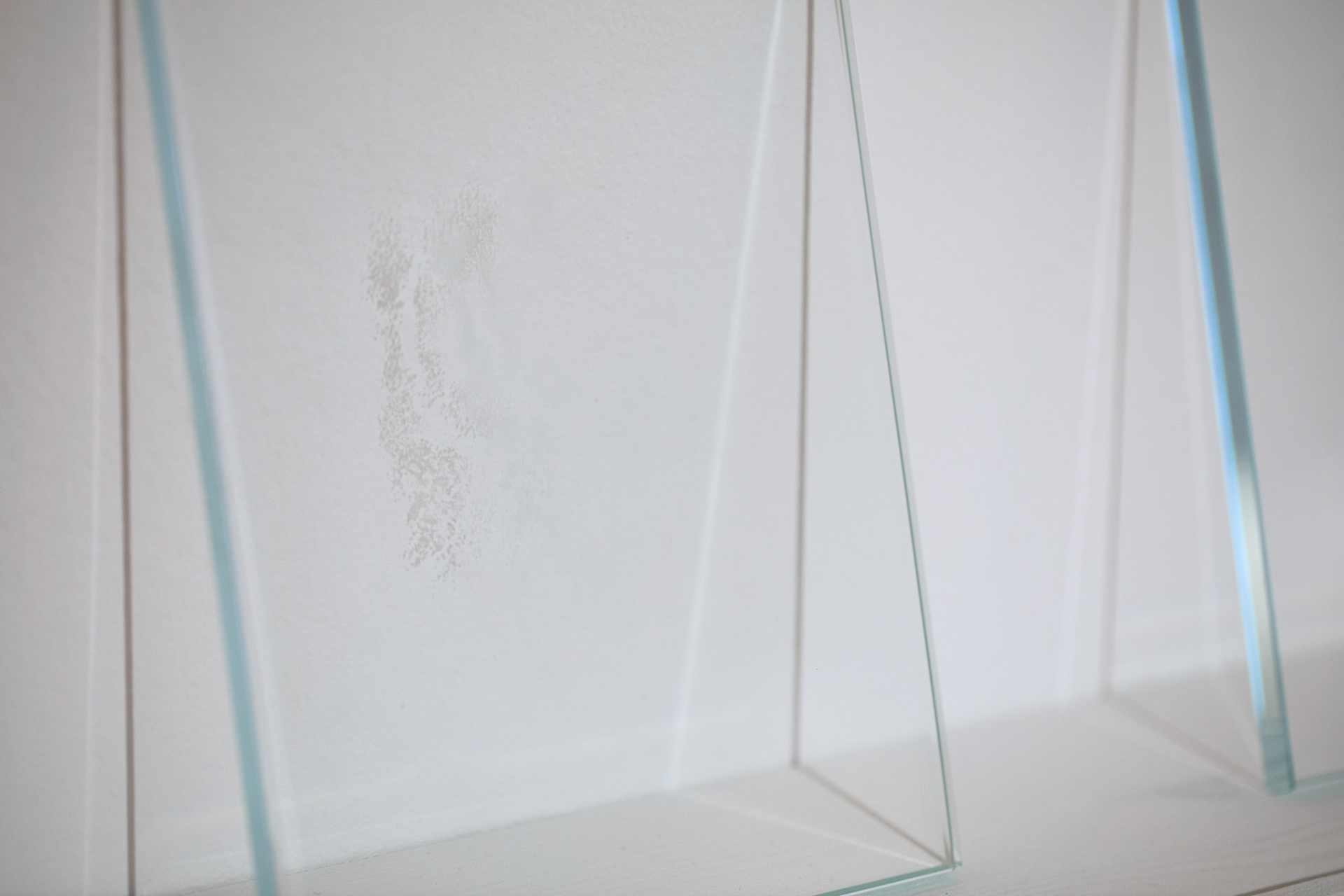 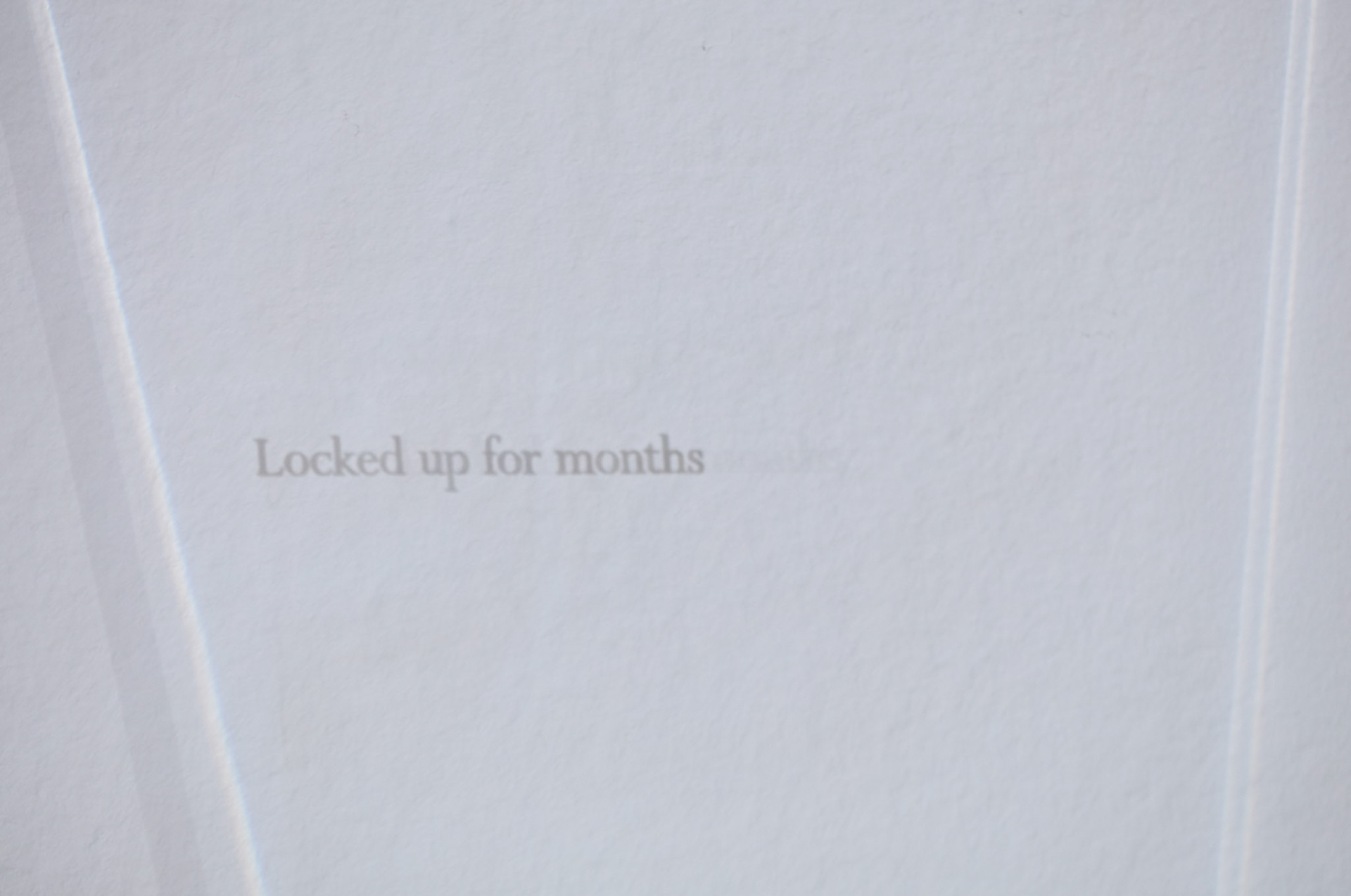 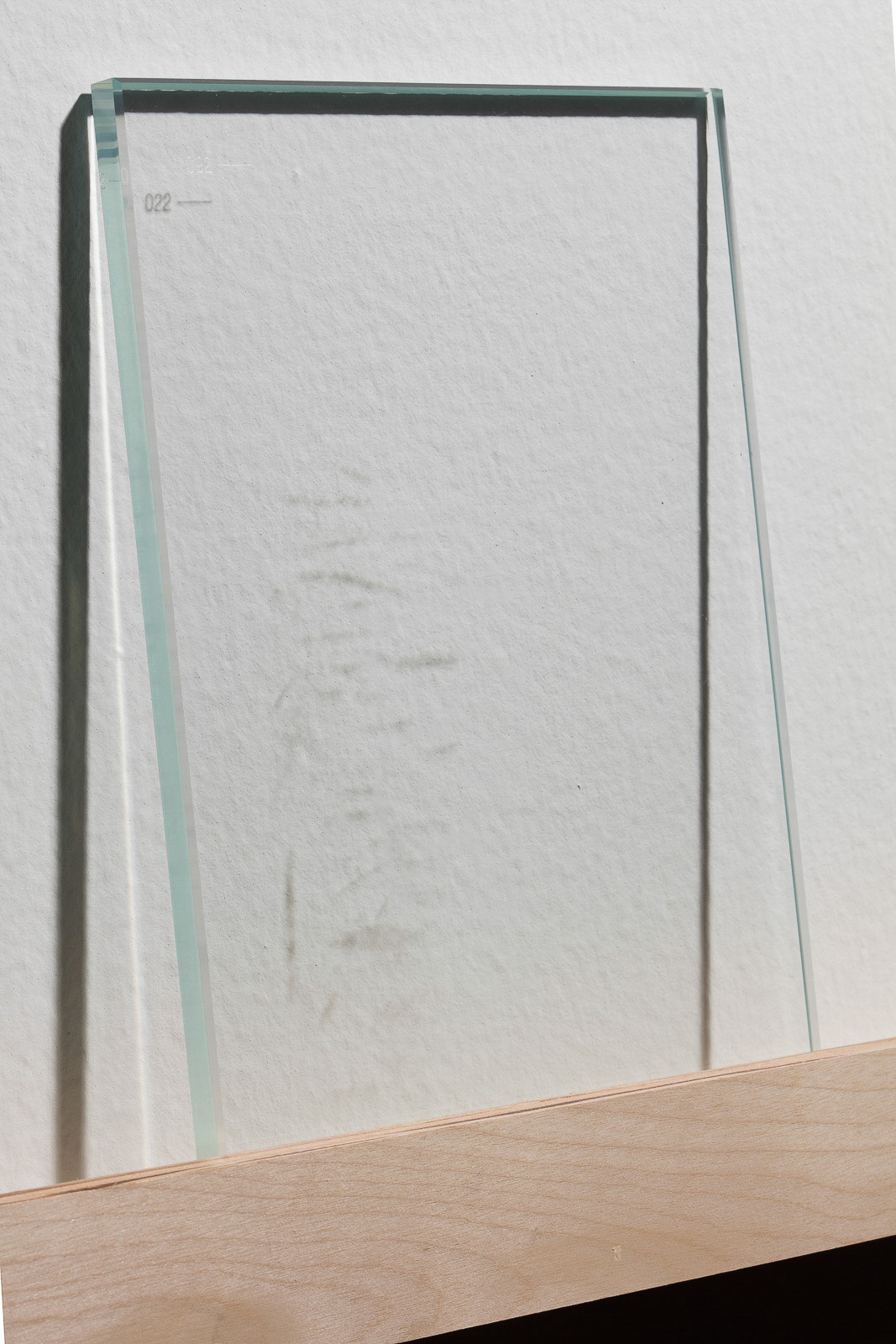 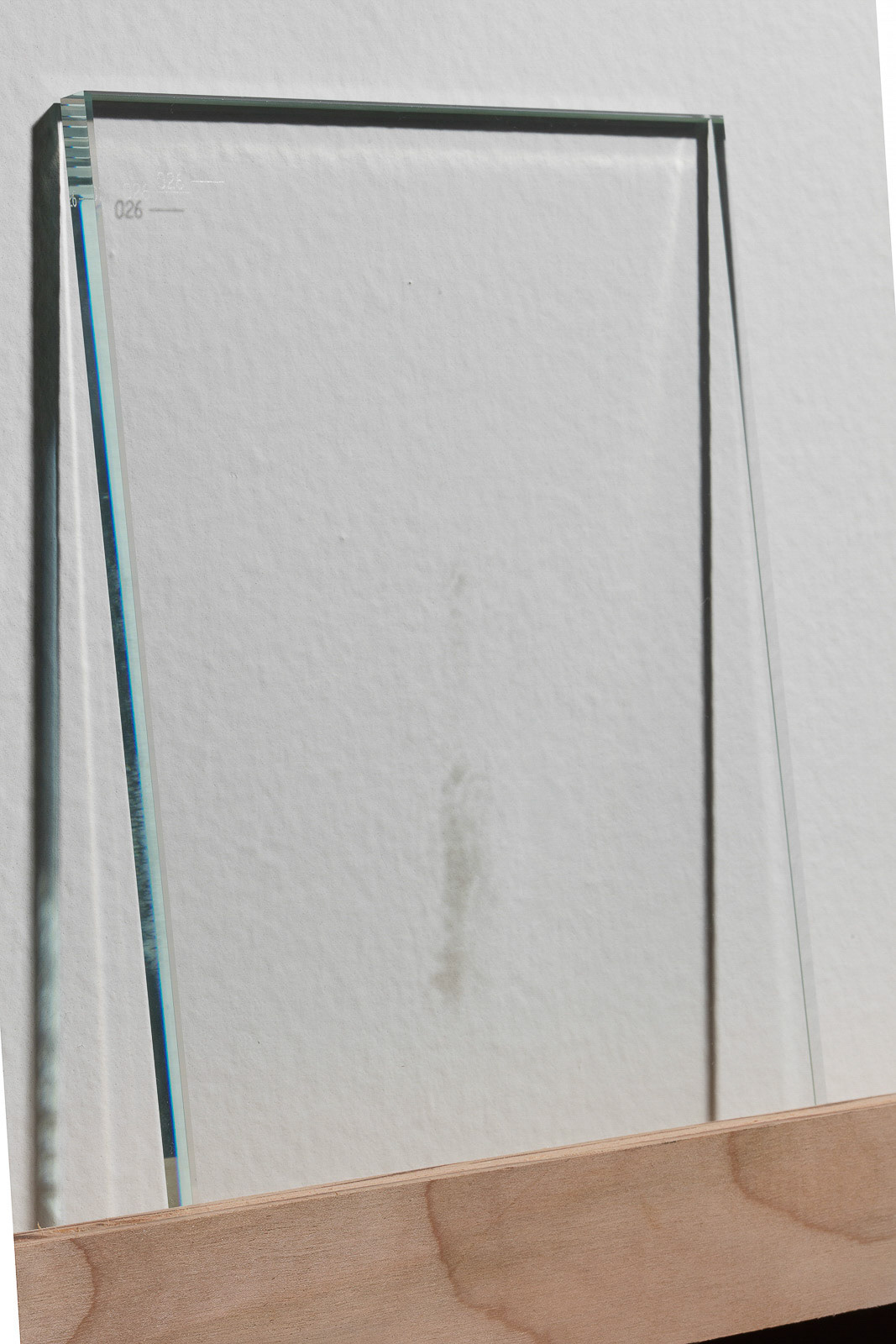 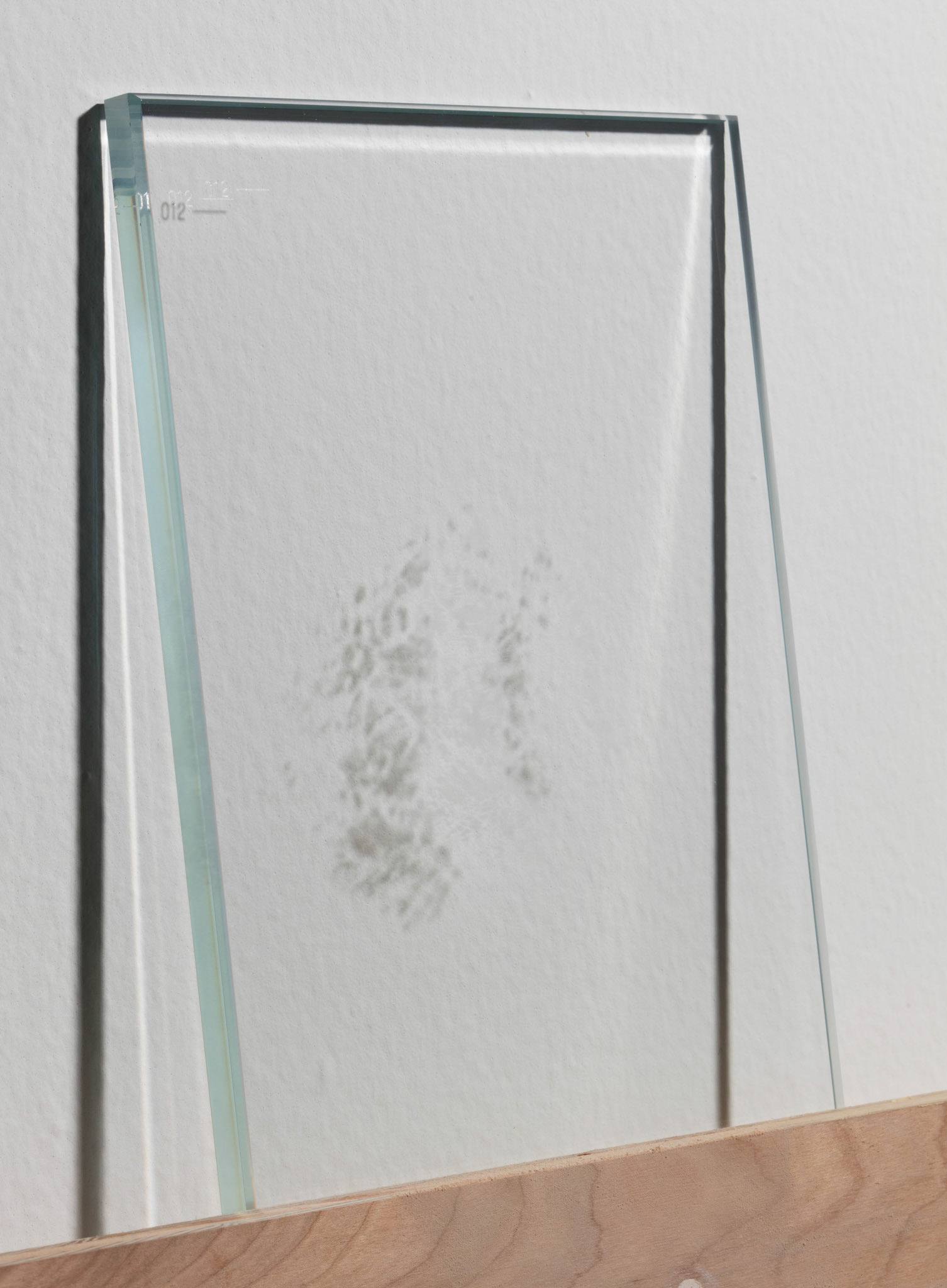 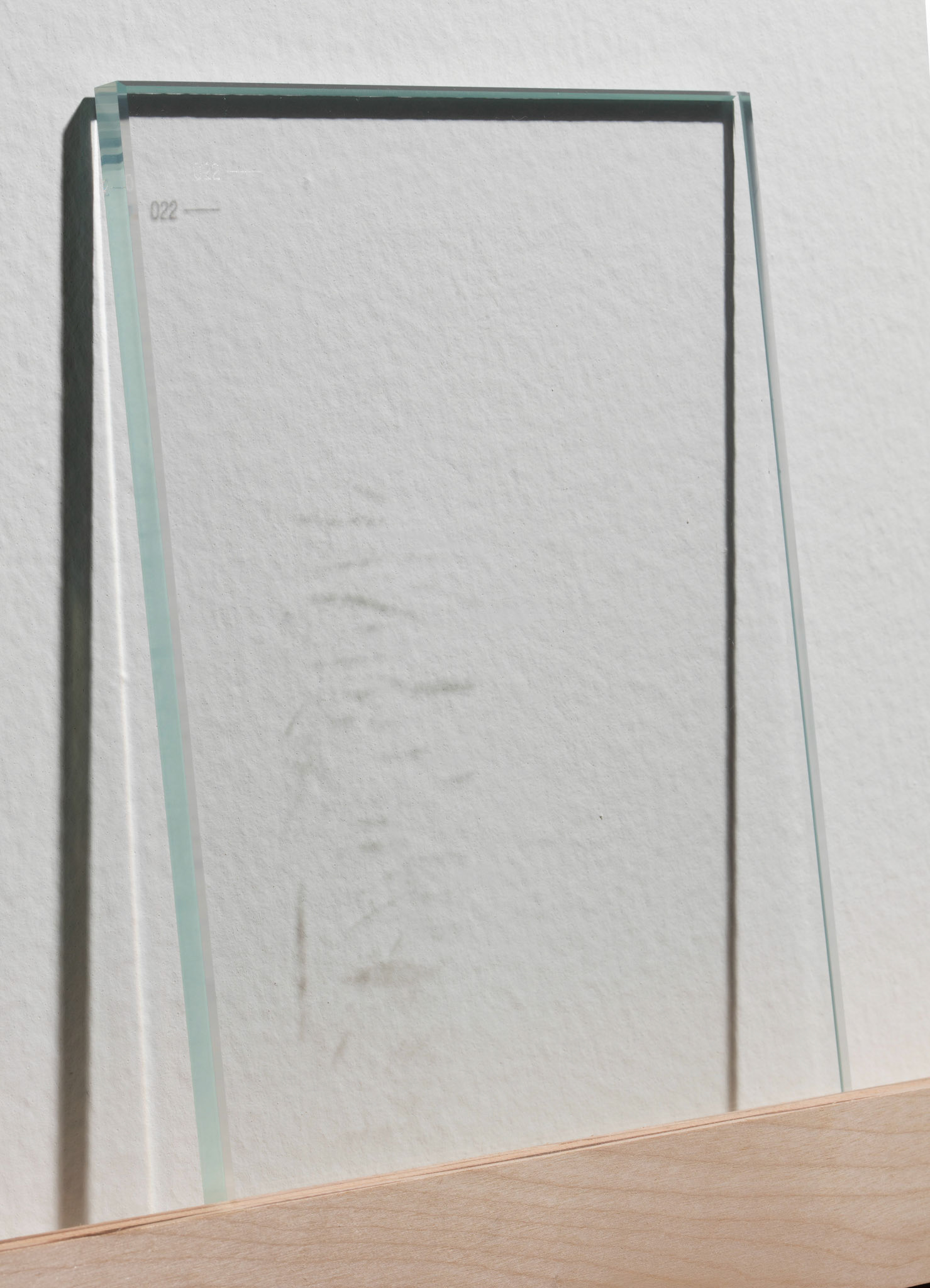 Kim Conaty: Against the Skin (Excerpt)
In: Matter Matters, Bielefeld 2016, p. 334-335
[…]
The notion of skin itself—le peau—is significant both on a physical and metaphorical level in
Kaabi-Linke’s investigations. Our skin carries traces of our own histories—the wrinkles, scars, and
scrapes that offer the outside world a glimpse, if only that, into our life experience. Berlin à fleur de
peau imagines urban façades as skins, carriers of information built up over many years. Indeed,
at the time that Kaabi-Linke began this series, she was already working on a long-term research
project that examined human skin: Impunities (2011–12), a visual catalog of scars borne by acts
of domestic violence. It was for Impunities, which the artist worked on for several months with an
anonymous group of volunteers in Wandsworth, London, that she first employed forensic techniques,
seeking out a method that resonated with the content itself. Like the clandestine and largely
unpunished acts of Berlin’s vandals, the scars in Impunities operate on a deeply individual but also
universal level, serving, according to Kaabi-Linke, as “leftovers of invisible crimes that happen every
day, everywhere, and in every social class.” Throughout Impunities, Kaabi-Linke gives a
voice to victims who might otherwise keep such traumas covered by clothing or obscured by silence
or rationalizations. In Impunities London Originals (2012), the first manifestation of this research
project, the transgressive acts are isolated and memorialized as abstract forms on paper.
As artworks, the forms become objects of aesthetic study, on the one hand underscoring
their autonomy and on the other heightening our awareness of the absent bodies that they mark.
Recorded through their imprints, the scars hint at the actions that created them—repeated lacerations
on what appears to be an upper arm or a burn mark leaving behind a mottled patch of skin—but the associated emotions of anger, pain, or fear can only be inferred. As in Berlin à fleur de peau, the surface markings tell us only part of the story.
To speak of the impression in Kaabi-Linke’s work is to highlight the richness and complexity across her practice, both in her experimental approach to materials and techniques and her dedication to addressing the social issues around her. Her prints embody two aspects of the term’s definition, serving as intuitive or experiential remembrances of places in time and also tangible marks imprinted on a surface. Through her projects, Kaabi-Linke captures invisible lives around us every day, an intention that stems from her deep sense of social responsibility as an artist. Describing Berlin à fleur
de peau, Kaabi-Linke has remarked that the final panels “become a sort of material memory
for microhistories of the urban everyday life.” This statement, which applies equally well to
Impunities, suggests how these impressions or imprints carry the traces of history. And if, as
the artist reminds us, history itself is made up of layers—the “Schichten”, or layers, as in the
German term for history, “Geschichte”—how better to tell it than through this investigative
approach, awakening the histories beneath the surface?
↑Back to Top