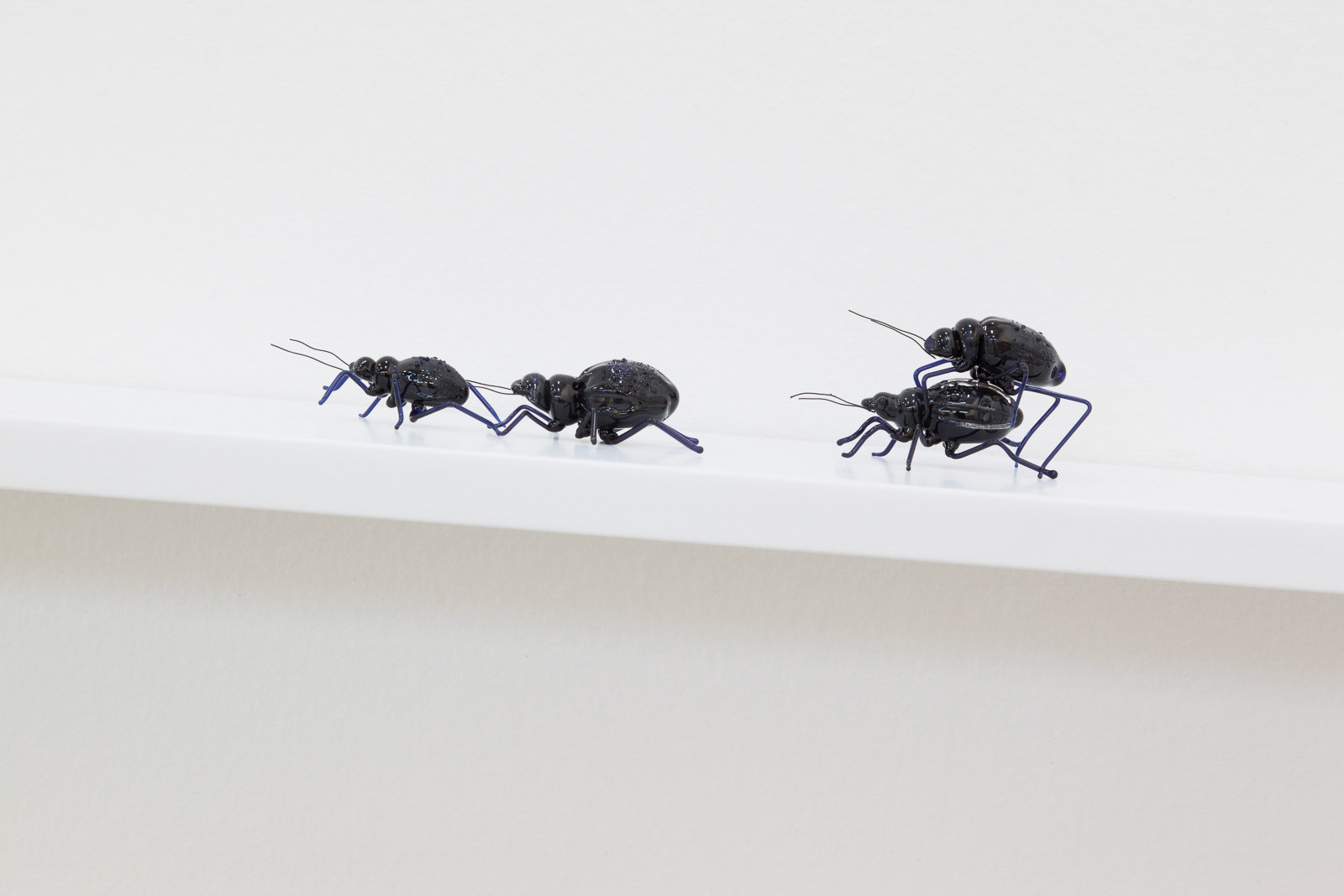 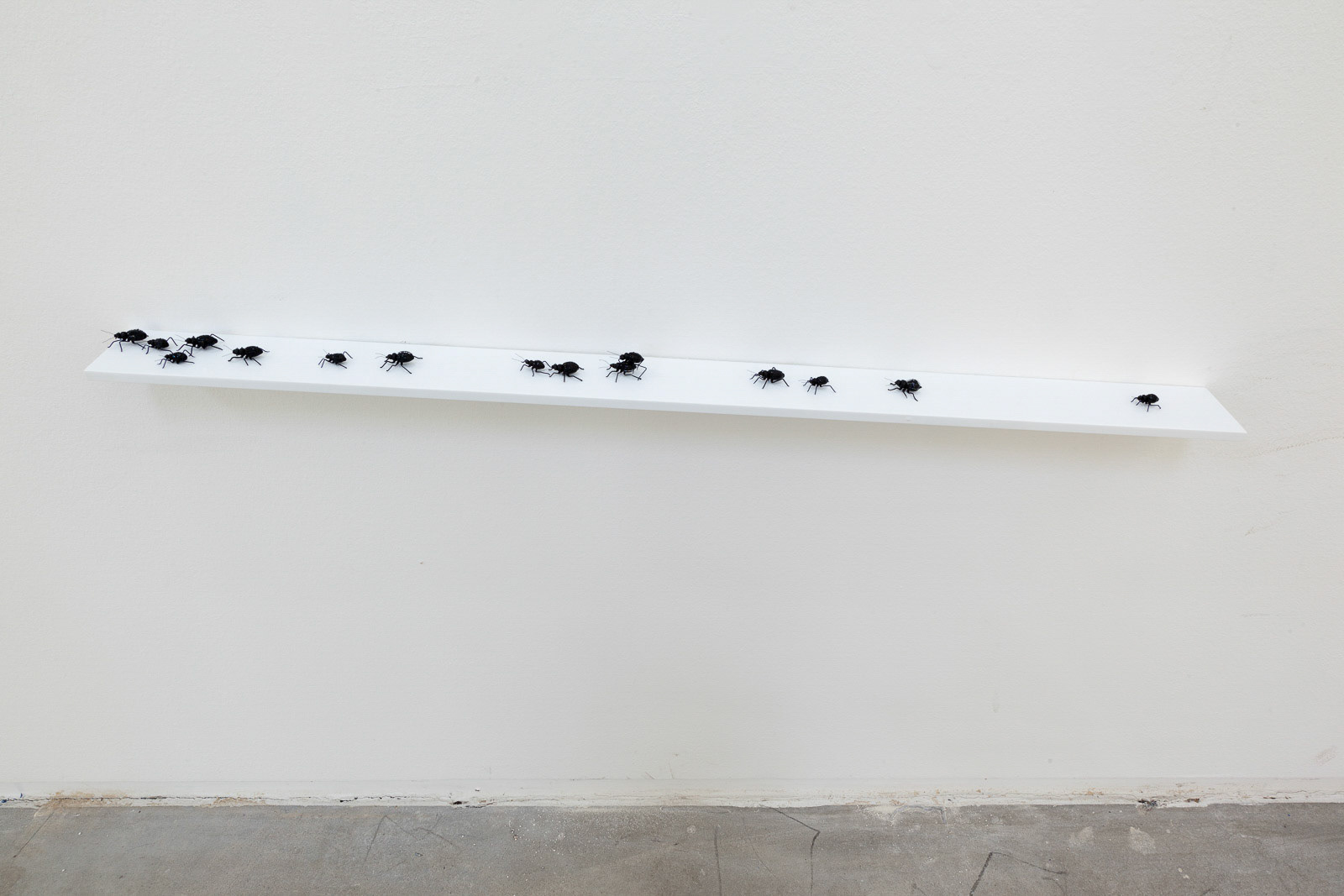 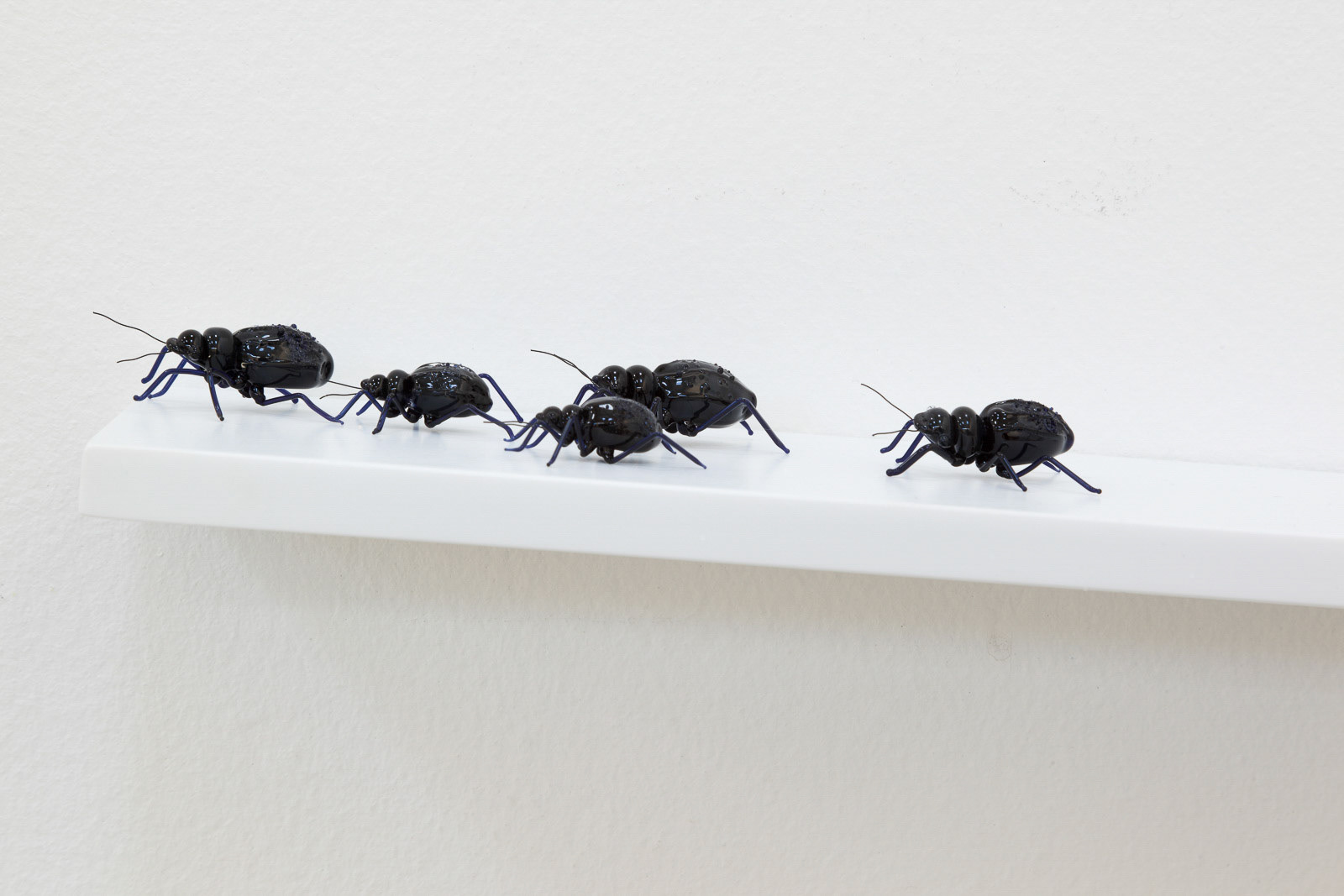 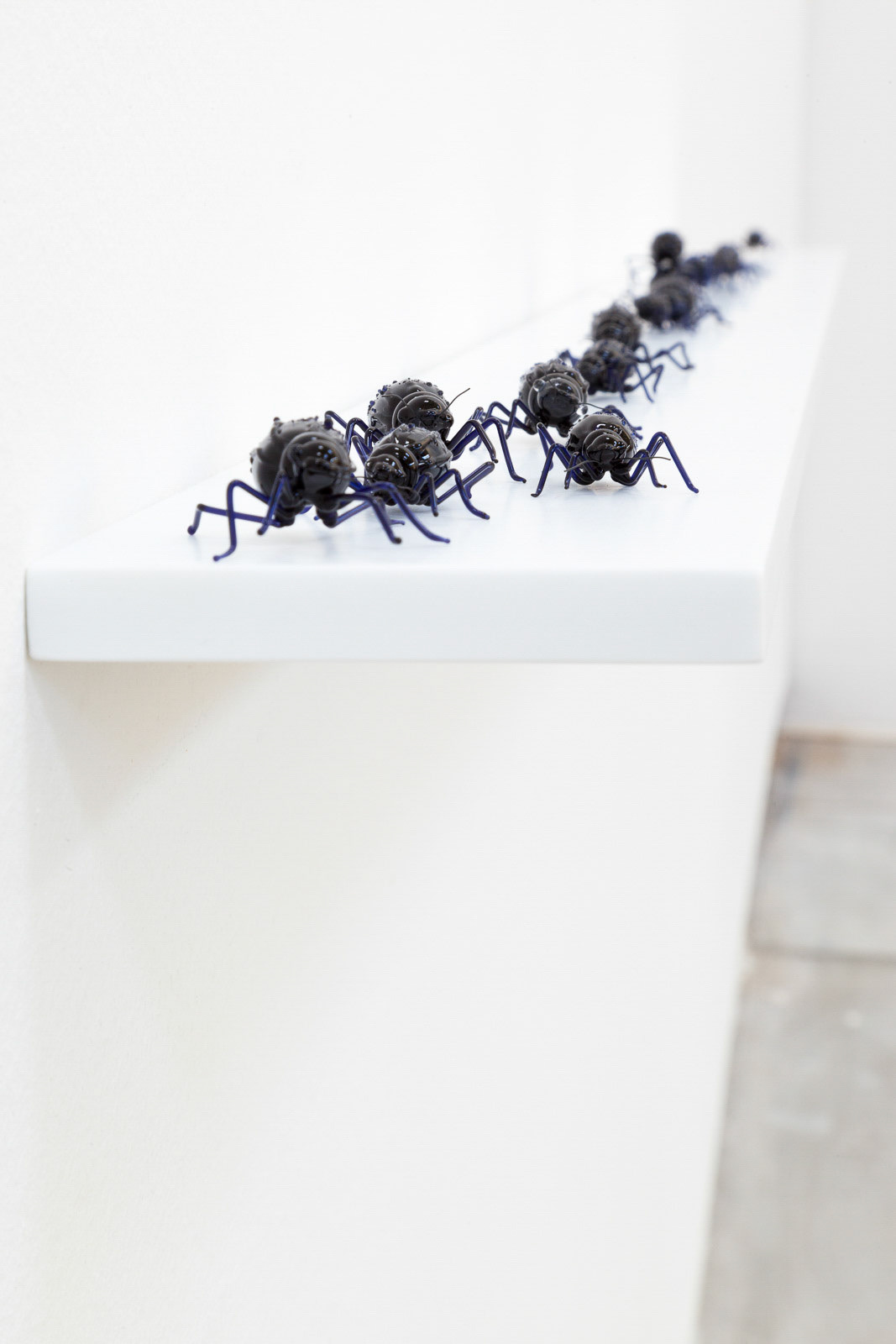 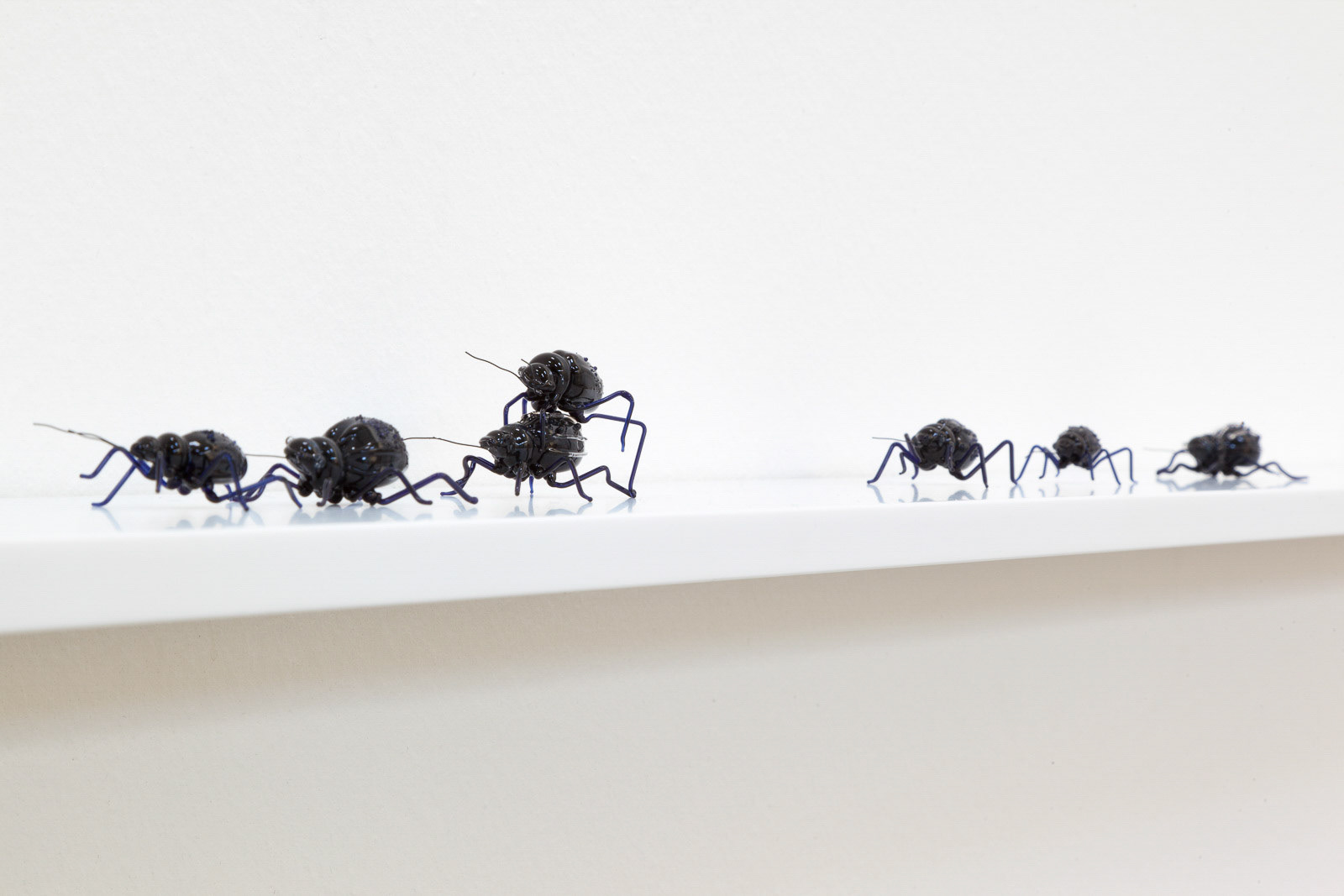 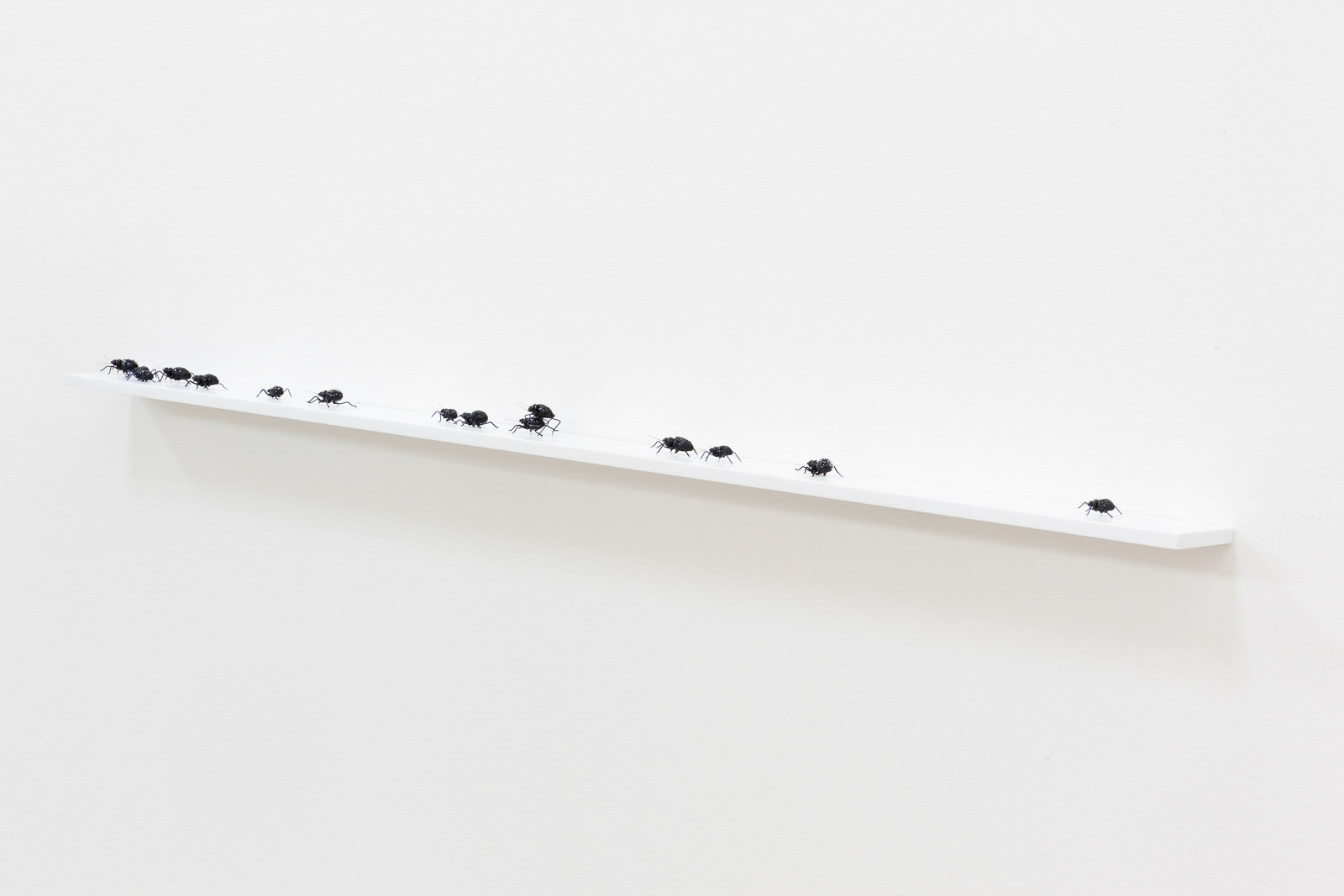 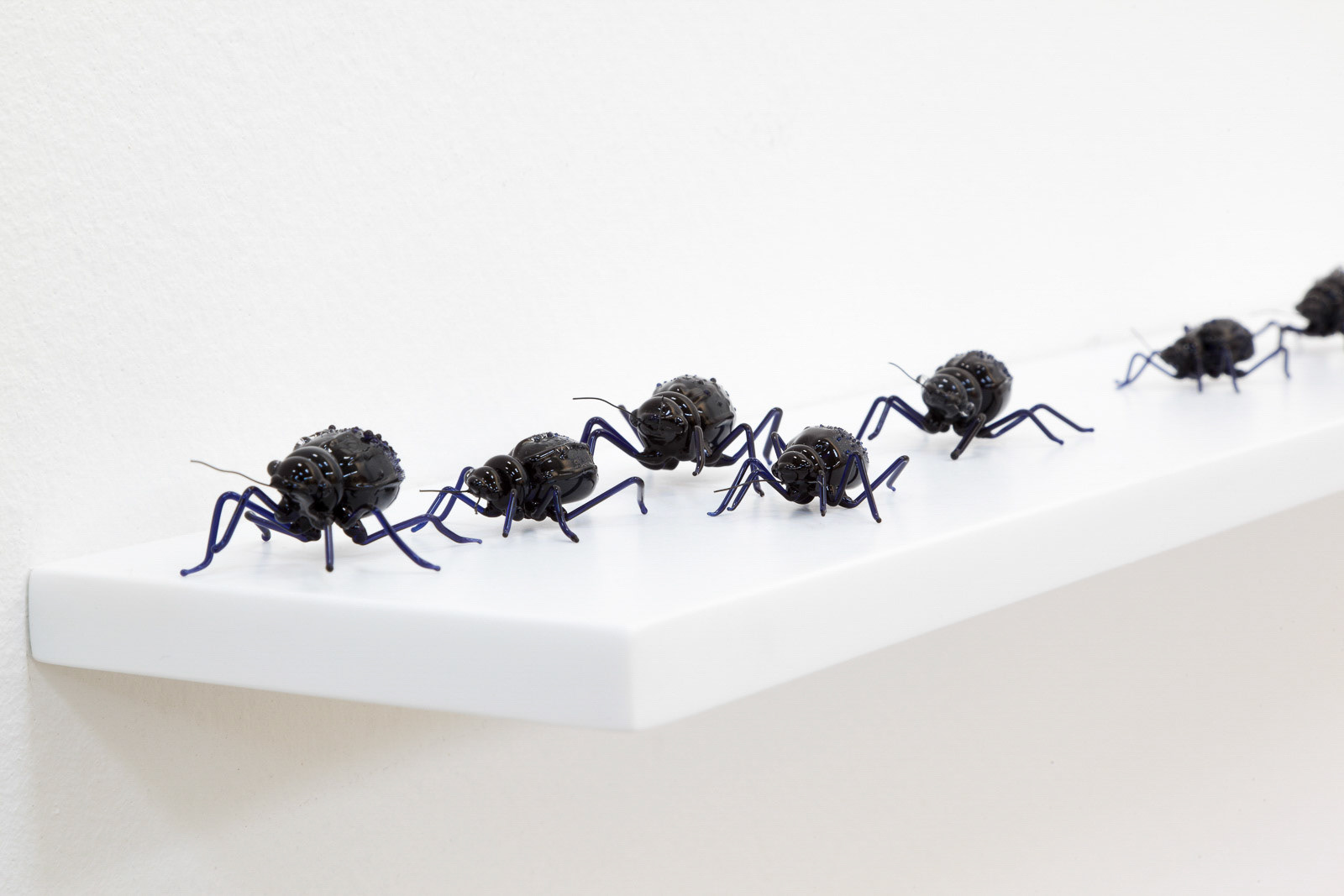 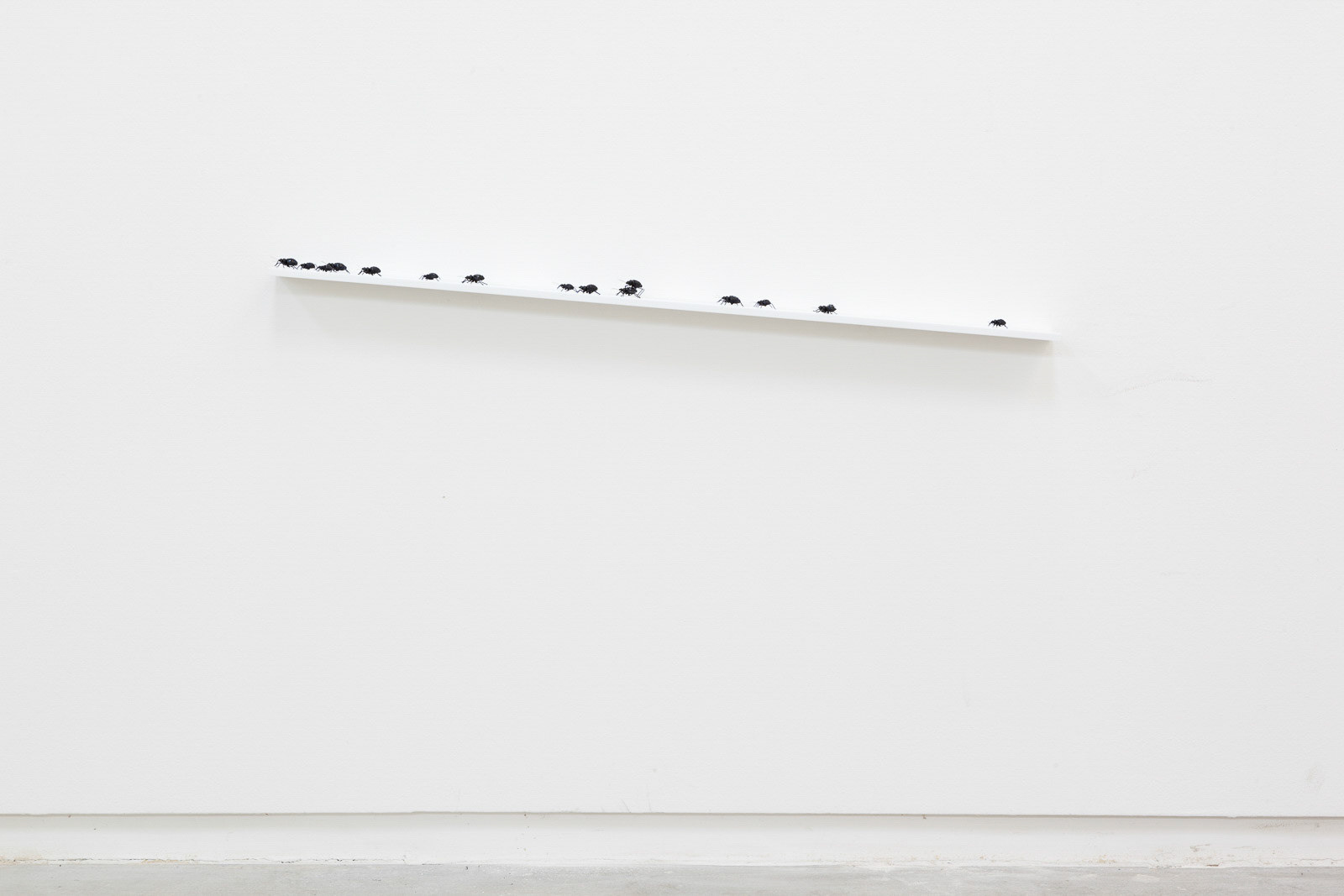 Bugs is a wall sculpture that is comprised of a white shelf set at a tilt, crawling with glass reproductions of Scarabaeus sacer, a species of beetle found in Tunisia and Egypt. In this work, Kaabi-Linke links metaphors and symbols from computer science and from Ancient Egypt to address the perplexity of the aftermath of the Arab Spring. Tunisia's "Jasmine Revolution" was a movement driven by the Internet and new technologies, and, ironically, the word "bug" refers to the failure of those technologies. It is the breakdown of a running system, and the collapse of political systems that were too arrogant or simply unable to respond to the needs of the people.
Bugs also refer to the Ancient Egyptian belief that the Scarabaeus sacer is related to the Sun god Khepri. The word kheper in the Ancient Egyptian language means "transformation," an appropriate concept to describe the ongoing transitions in Egypt and Tunisia. The Scarabaeus sacer was also considered as a talisman, and their presence in Egyptian houses was interpreted as a the sign that there would be periodic flooding of the Nile, a premonition of transformation.
This is an image of time in suspension—a time for doubt and questioning, when both pessimism and optimism rise and coexist without any contradiction, and when people believe that nearly everything is possible—even the eventuality that nothing will change.
— Asmaa Al Shabibi
↑Back to Top