Prologue
In April 2011 many refugees coming from Libya and Tunisia were stranded at the Italian island of Lampedusa. At this time I was invited for an artist talk in London  As a Tunisian citizen, who is living in Germany, I needed to apply for a VISA. Normally the processing time does not exceed fifteen working days, but this time it more than doubled. The very day I sent my request to the UK Border Agency, the Italian Interior Minister Roberto Maroni granted thousands of Tunisian immigrants a temporary Schengen visa. Knowing that most of them would immediately head to France, he might have felt encouraged to do this generous act. Supposedly, that decision was the reason why the UK Border Agency put my papers on hold for more comprehensive check-ups. Without papers, I found myself grounded by German law for more than a month. Later on, I wondered how the civil movement and political change in my country, Tunisia, could also have affected the EU policies and triggered criticism about the Dublin Regulation. This set of rules, dated from 2003, even lead to some misguided decisions among Schengen member states.
While the Italian government was asking for a cooperative solution for the post-revolutionary immigration problem (PRIP), the German Interior Minister felt that 25.000 immigrants would not harm the Italian economy.
Since there was no offer for help fromother European countries, Maroni favoured the easiest way – to get rid off the PRIP and let the immigrants move in. The immediate effect was that the French authorities put up again severe border controls that had been suspended by the Schengen agreement. At that time, only Benedict XVI seemed to show solidarity with the refugees, but the Vatican State did not shelter them either. In the light of this inner European controversy that was triggered by social and political movements in Tunisia, I understood how close Europe and North Africa really are. In this sense, I want to fill the nave of an Anglican church with potential Tunisian visa applicants. They will be facing the questions of a VAF1A form, to be granted a visa for the UK. First the viewer will think of hearing the Christian creed, to which the Tunisians – who are supposed to be mostly Muslims – literally say NO. In fact, the contrary is the case. Instead of rejecting a different culture the people in the church are denying each question, in order to be allowed to enter another country and to get in touch with another culture. 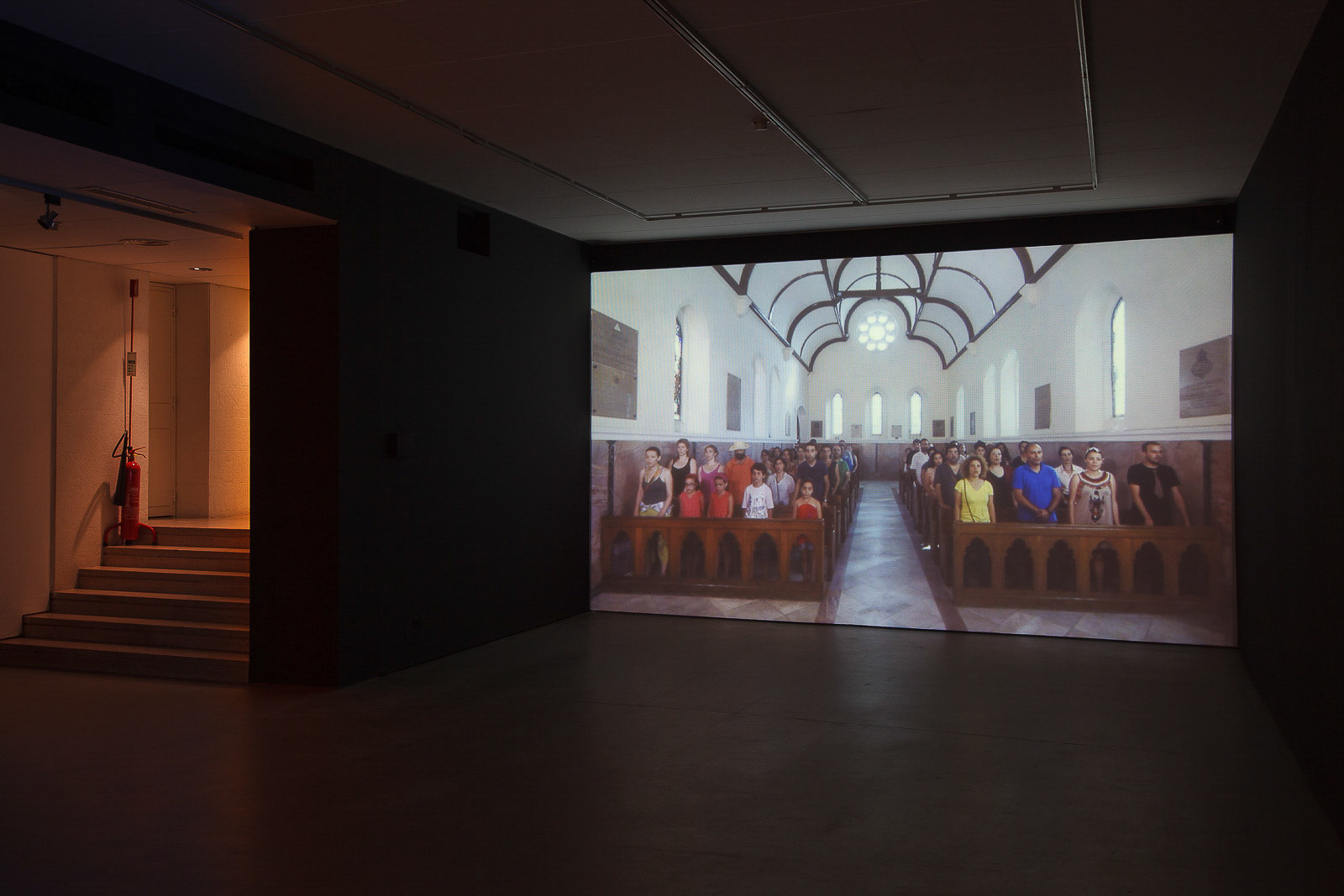 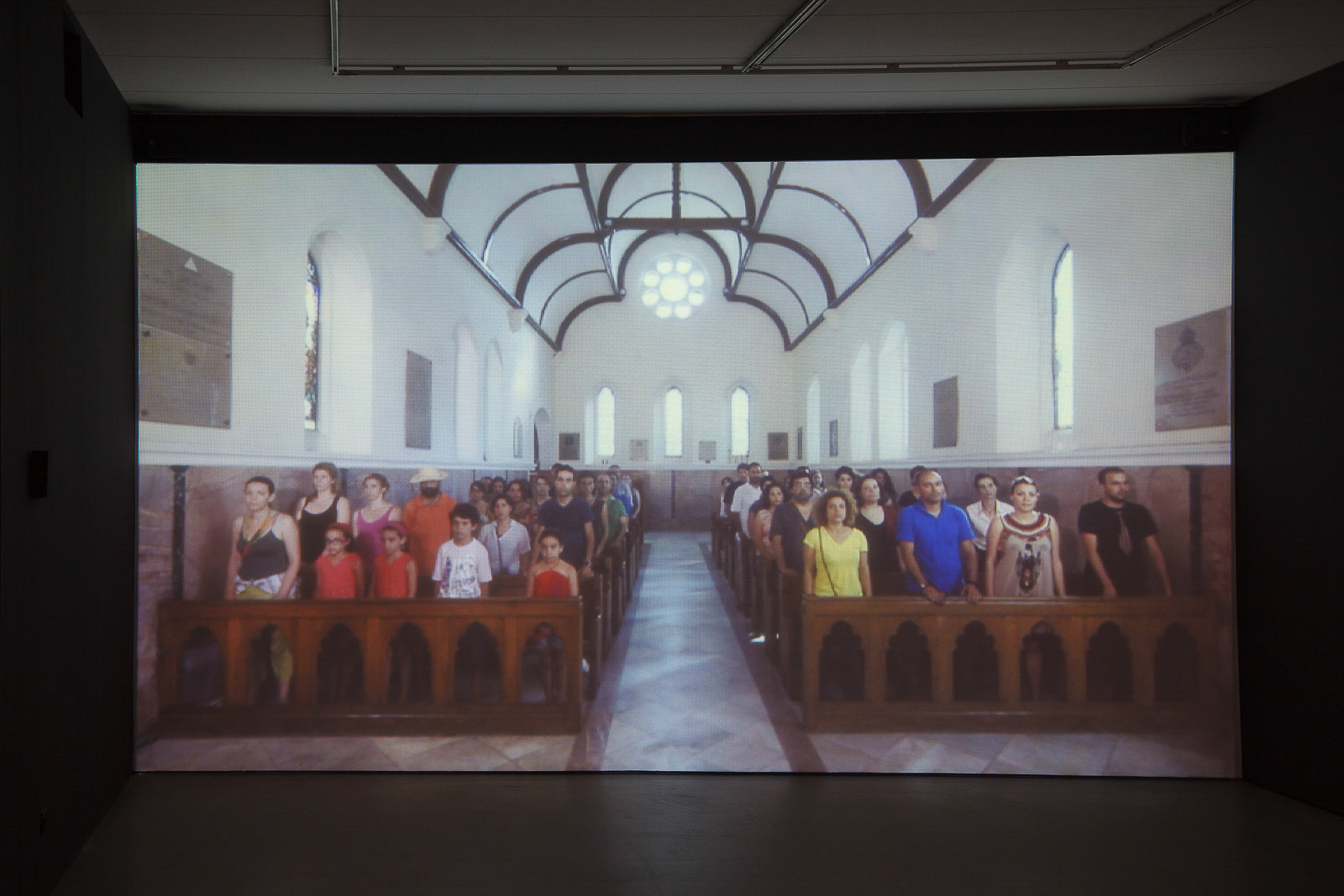 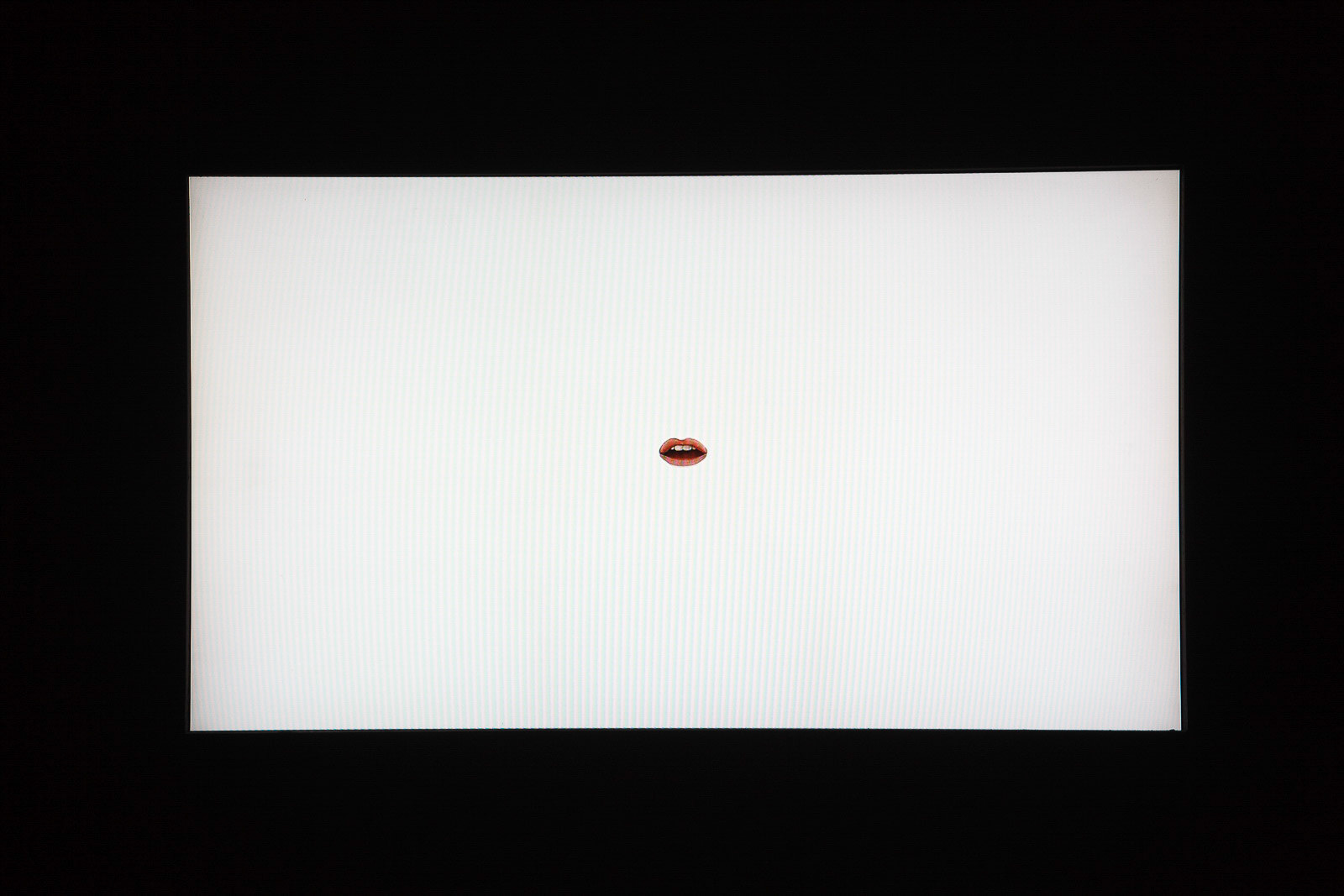 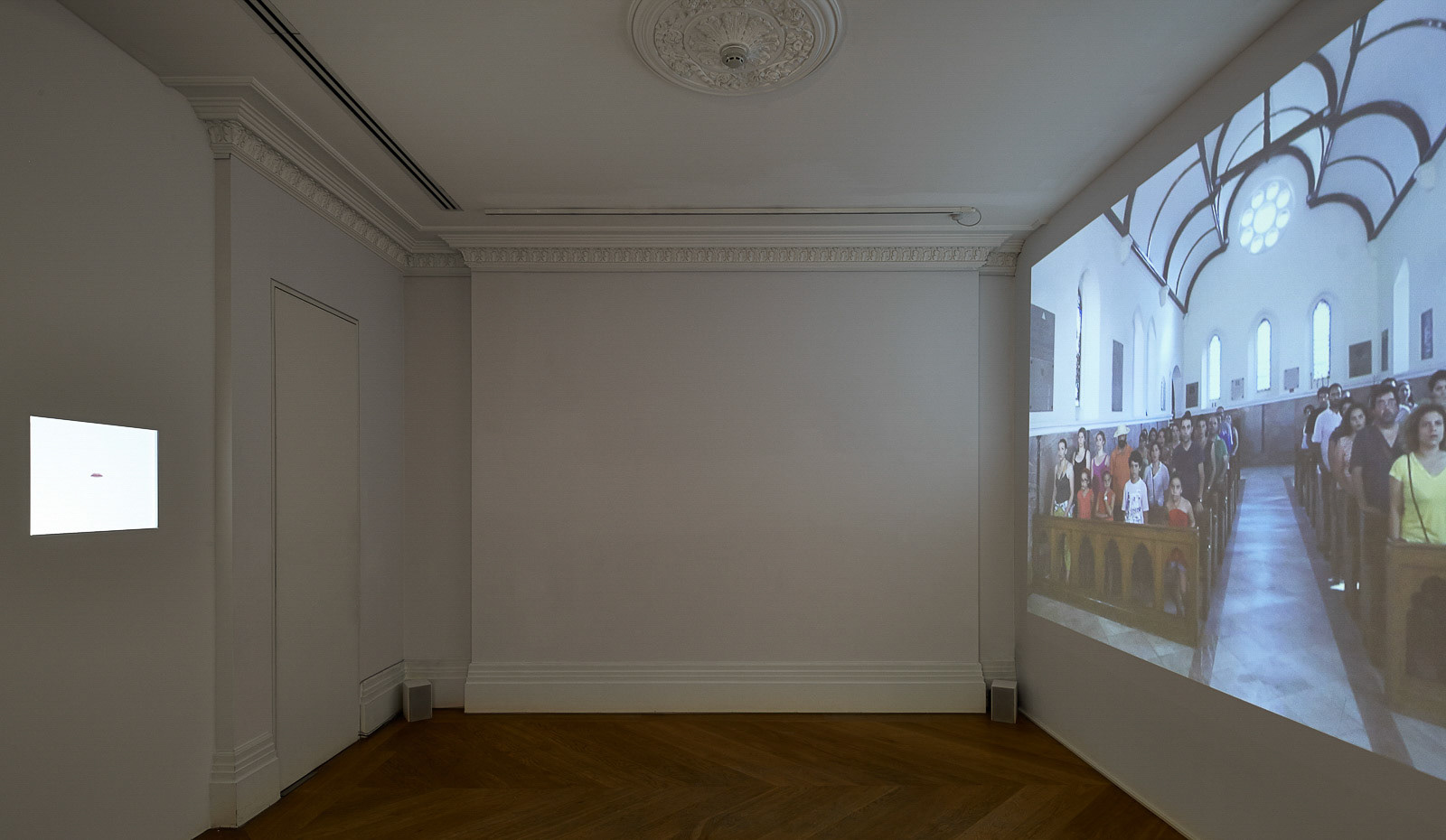 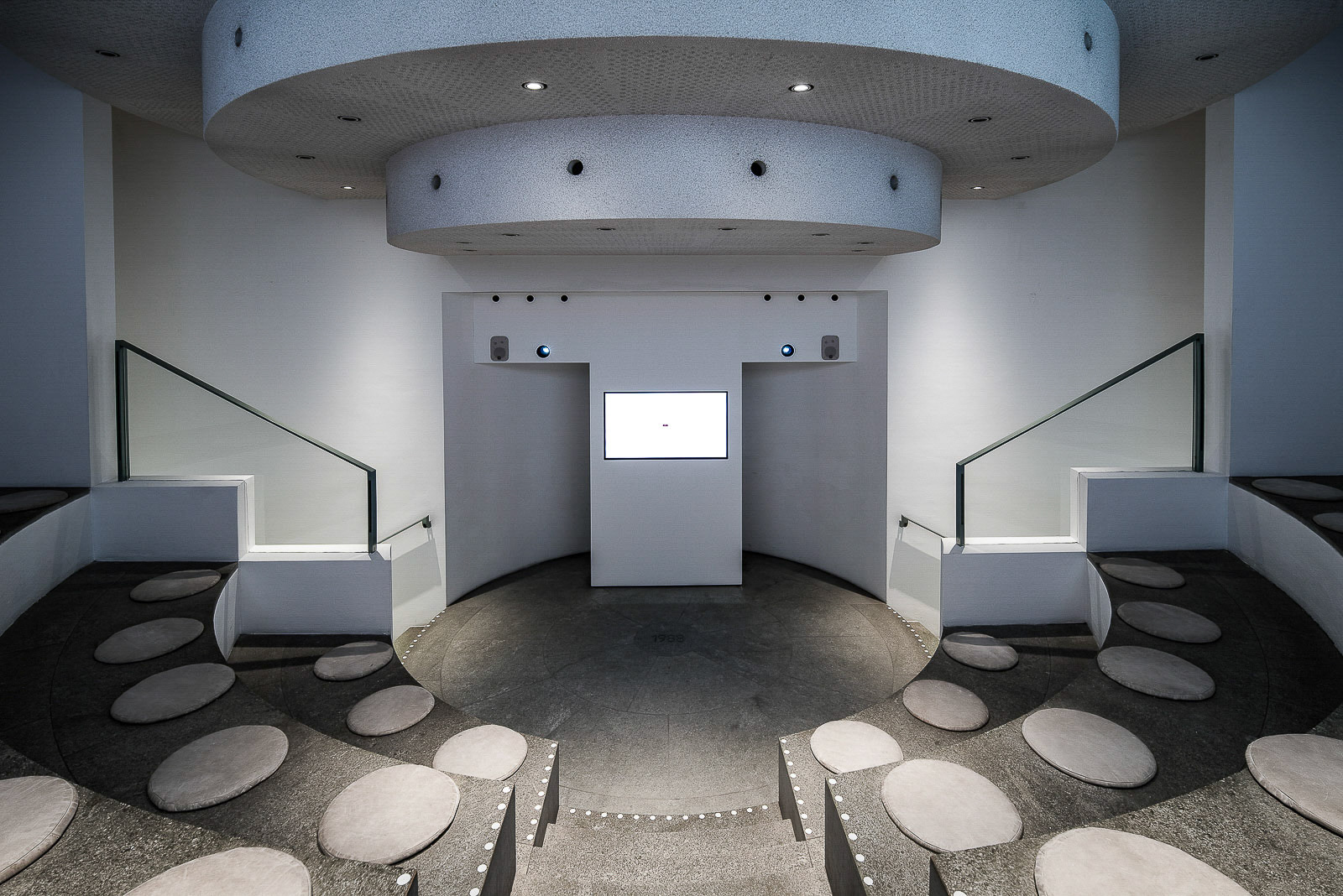 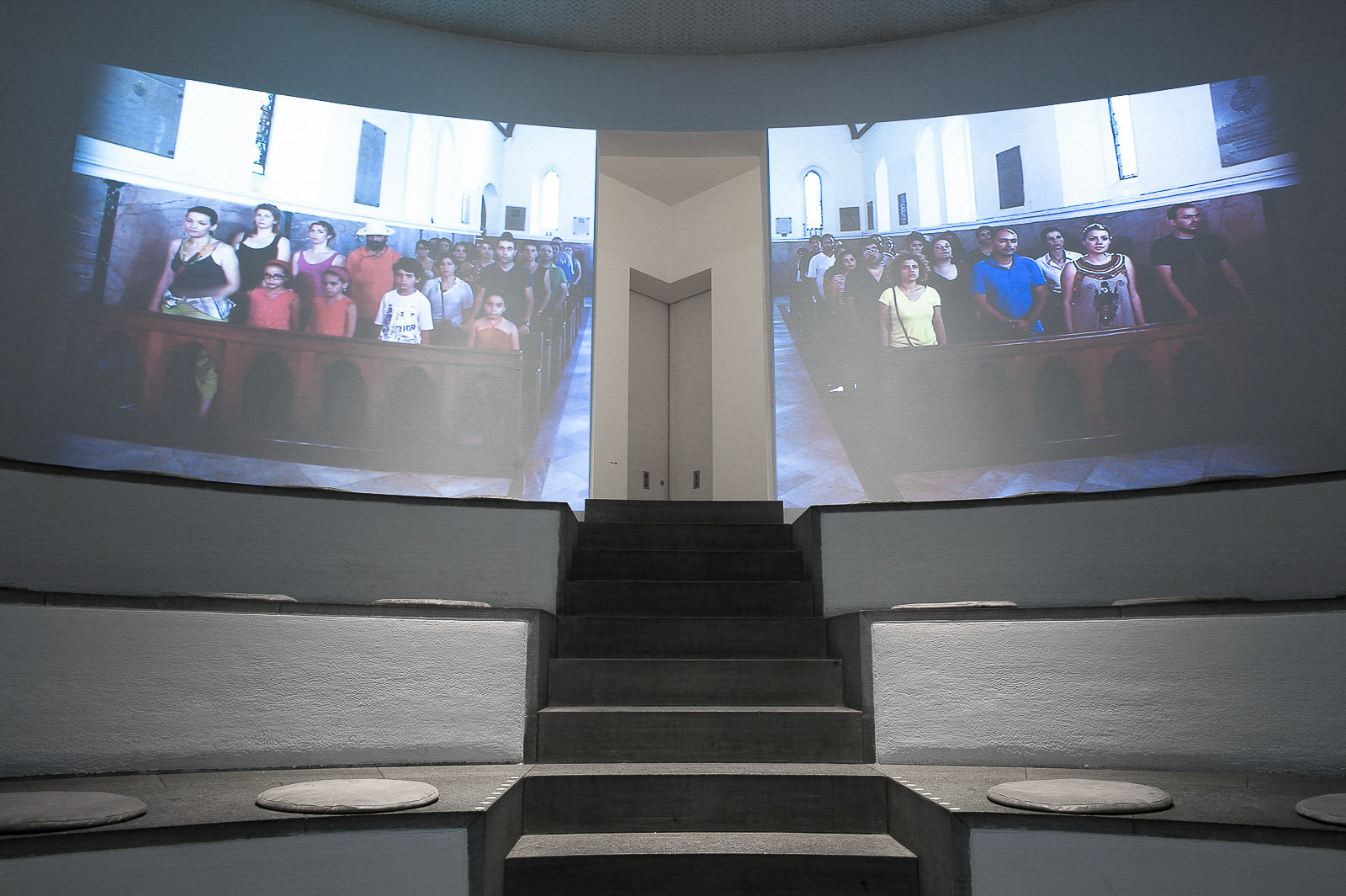