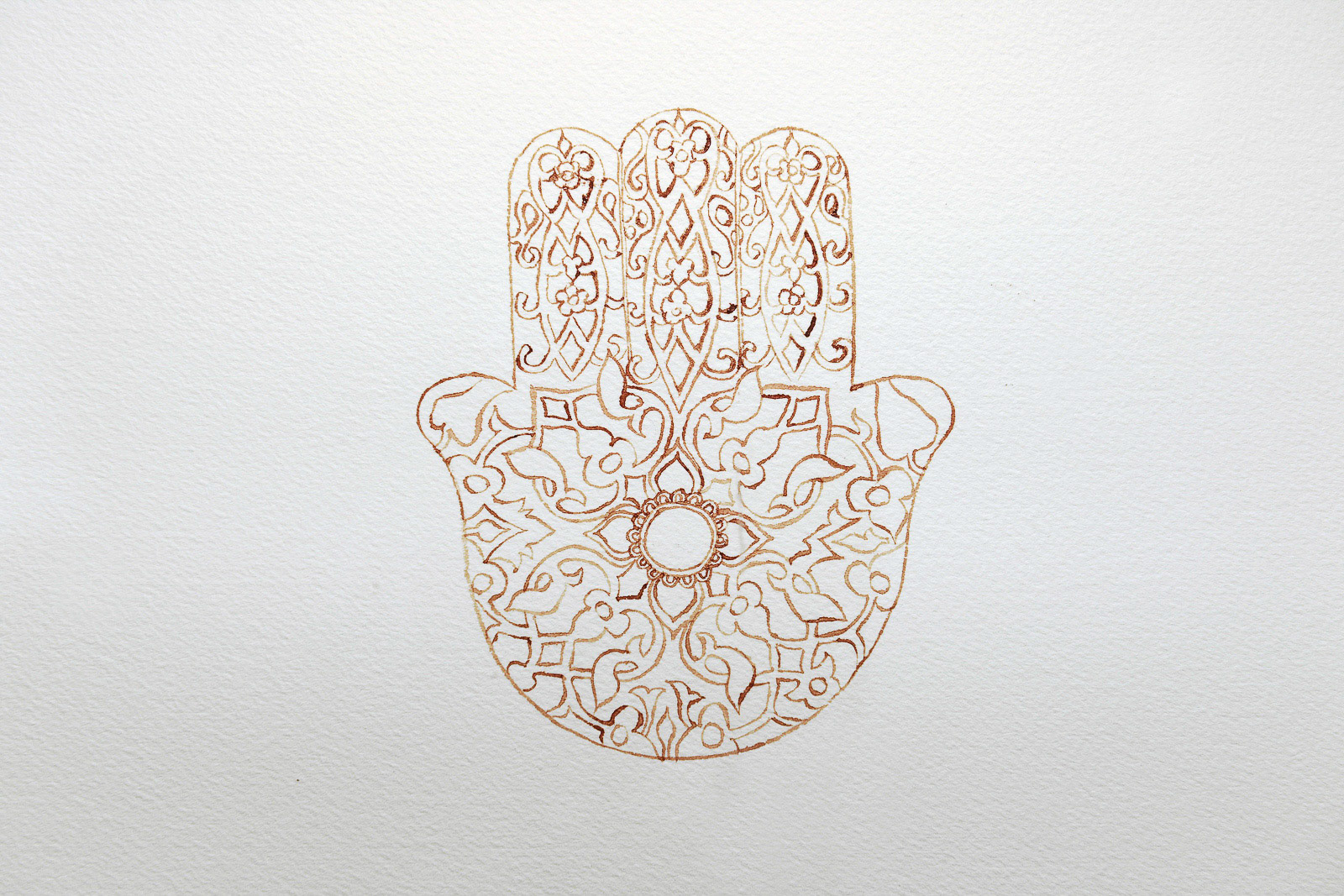 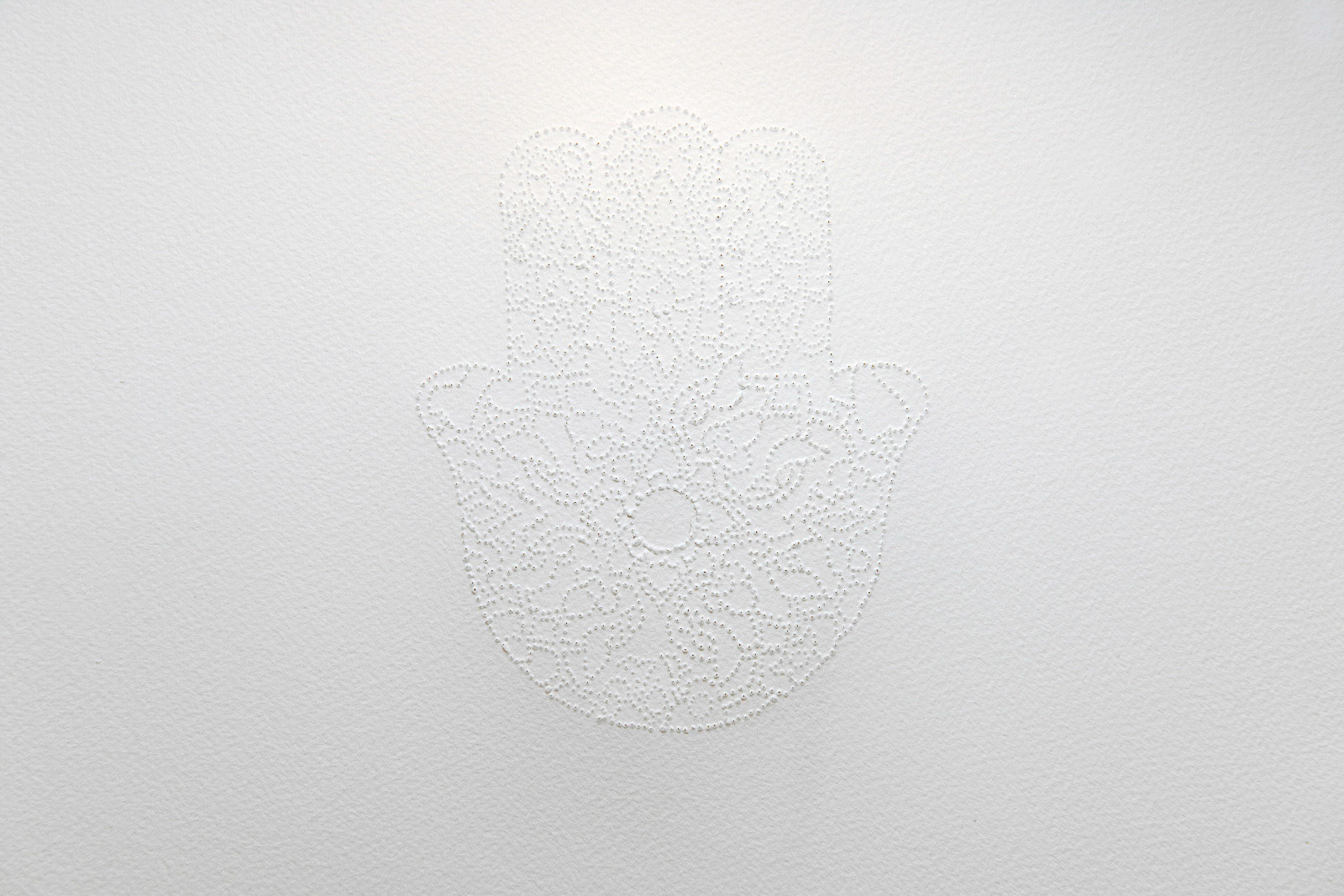 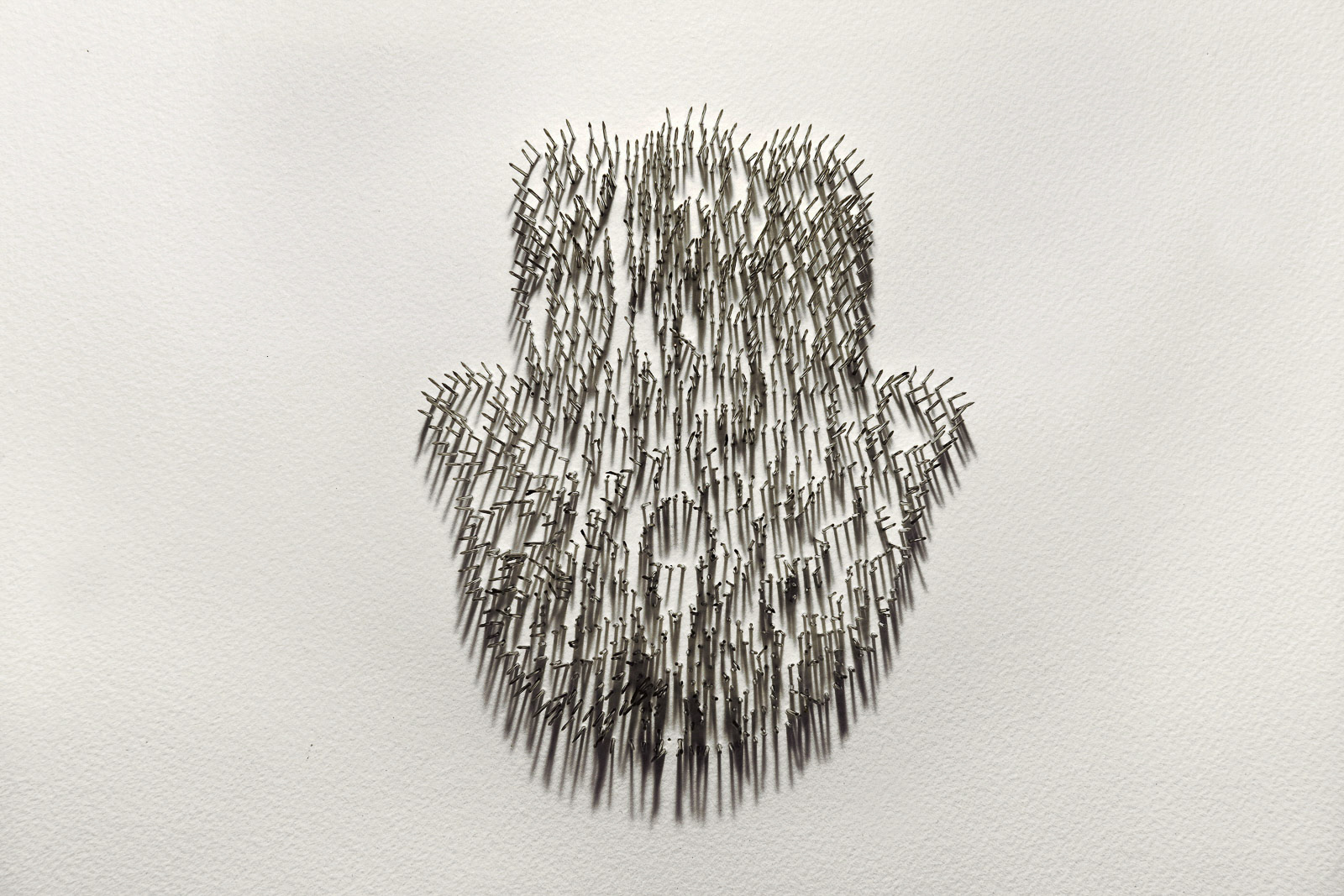 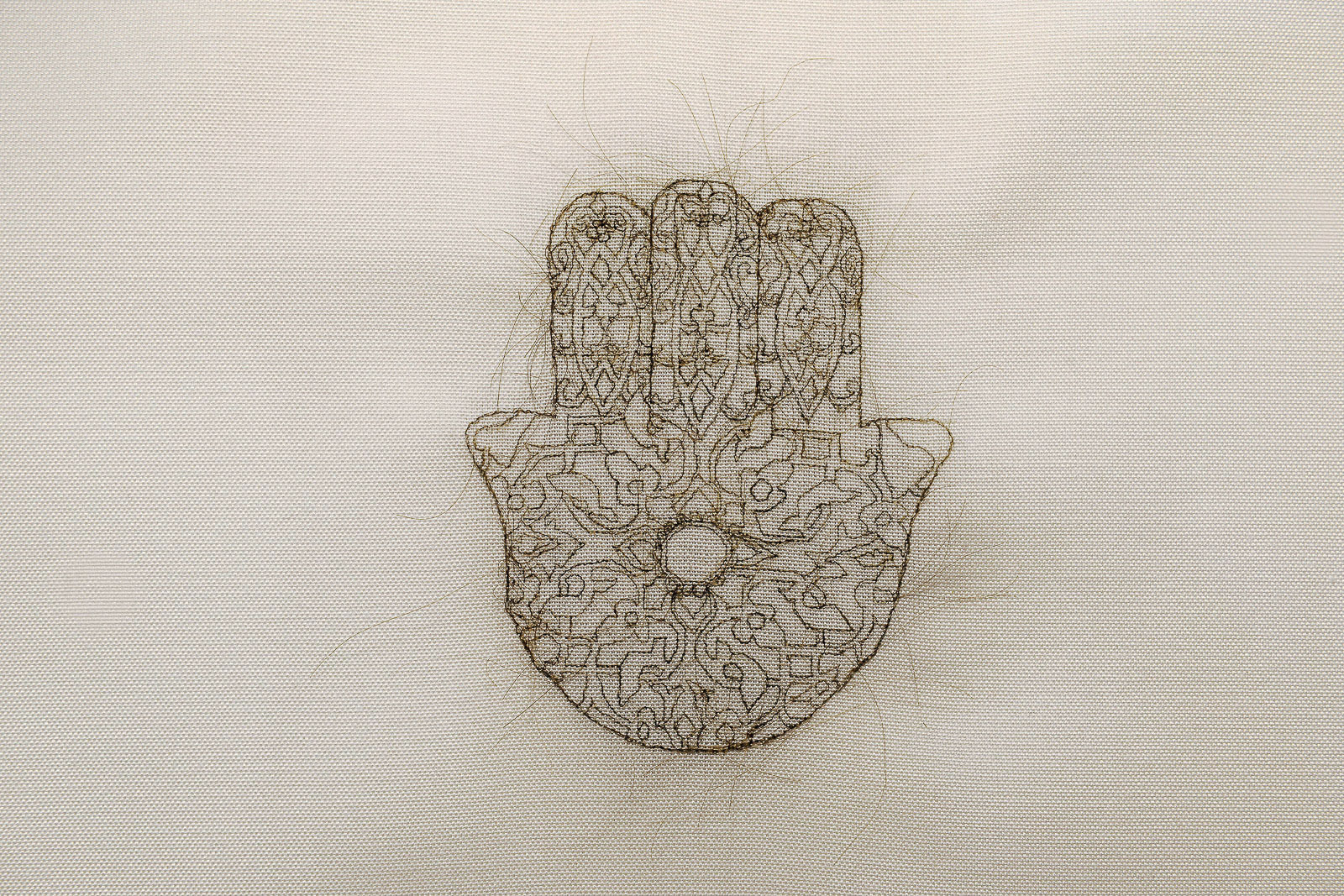 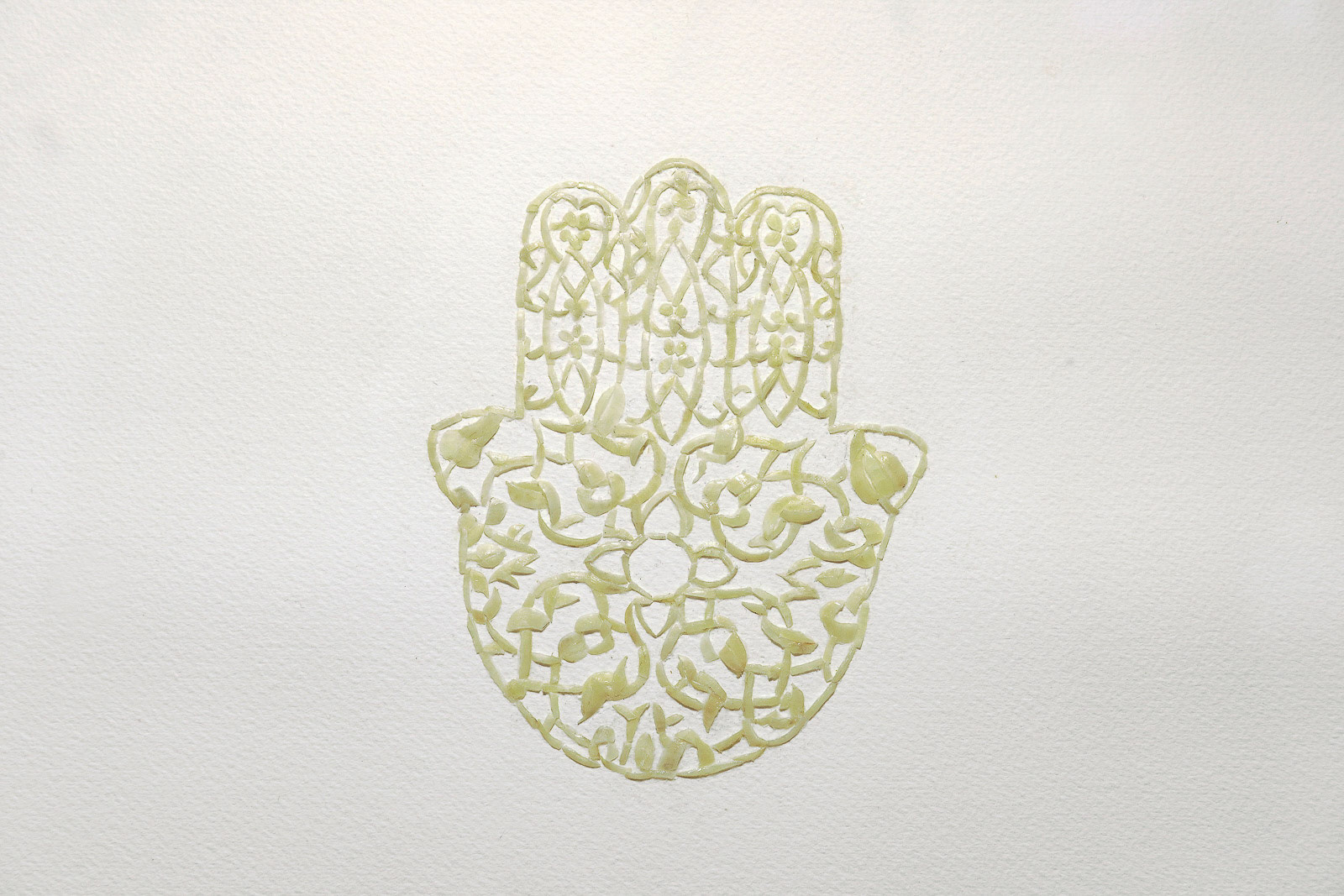 The hand of Fatima or "Khomsa"—like we call it in North Africa—is a Talisman, a figure which is used for protection against the Evil and the “bad eye”. The expression khomsa resembles the word "khamsa" which means "five" in Arabic—there are five show cases like five fingers.

The symbolic figure Khomsa is often associated to femininity, it is shaped as an amulet and is understood as a protection through feminine hands. This image is a Pre-Islamic archetype and has been adopted in the Arab Islamic tradition but it has no effective relation to religion.

Concerning the artwork, I made an homage to my own grand mother Fatima. The five shadow boxes are conceived as a kind of biographical modules or episodes. From the right to the left: hair, nails, needles, pinholes and blood. The repetitive and serial effect of the boxes as well as the identical size and position of the represented hands give the impression that my grandmothers destiny is common to that of other women of her generation.

The idea for this work came when I noticed the steady growing number of hijab (veil) in my country Tunisia, a garment which was rare during my childhood and youth. Past, present and future are all possible at once. Even though the recent clothing habits are similar, the return of certain life styles and traditions announce new ways of being and behaving which will certainly be different from those of my grand mothers generation.

Each shadow box is separately lighted with a projector which looks like a security camera. The electric structure is visible on purpose and suggests a kind of upper system of control and surveillance. The electric installation with its cold metallic spots contrasts with the organic materials used to realise the filigree and delicate ornaments of the five hands.
Berlin, 15 / 03 / 10
↑Back to Top